Trying to be good with money? Watch out for the wall

I’m going to level with you: doing the right thing with your money is easier said than done.

There are lots of reasons for this: life getting in the way, the weird psychological feedback loop of “we’re all screwed anyway, so what’s the point?” that tries to stop us even thinking about it, not knowing what our own personal ethics are (“is eating meat ethical or not?”-type #brainache) and “the wall”.

What is the wall?

Well, say you are trying to choose a junior ISA for your newborn son or daughter (this is a tax-free investment in cash or stocks and shares that allows you to make small contributions from around £50 a month). There is quite a bit of interest in ethical junior ISAs because they are about preserving wealth for children, who we love very much, and would ideally like to live in a world that has not been laid to waste by nuclear fall out, for example.

So, you find the name of a fund from a junior ISA provider: the “International Cautious Managed Fund”, say. Then, because you really don’t want your money to go to coal or tobacco companies, you download the factsheet. The factsheet tells you the top ten holdings of the fund. You would expect these to be companies, that you can easily research on the internet, should you be that way inclined.

This is actually quite unlikely. Instead, you are more likely to see that among the top few are some called “Something Something ETF”. An ETF is an “Exchange-Traded Fund”, which tracks the movement of a list of companies on a given exchange. You then google that ETF to find out what companies are listed on that exchange. You find more than 200 companies…. and that’s when you hit the wall.

The wall doesn’t just apply to establishing the companies in junior ISAs. You are liable to hit it at some point when researching the holdings of any fund, “good” or otherwise.

If you have read The Cat in the Hat Comes Back, you will understand.

The cat removes his hat to reveal another smaller, cat, with another hat on, sitting on his head. Underneath this cat’s hat is another cat with a hat on, and so on and so on, until finally there is a whole alphabet of little cats, all with hats on, containing other little cats.

A quest to identify which companies actually end up with our money can feel like lifting hats off an infinite number of cats, and by the time you get to the end, your money is most probably so diluted between all of the ultimate assets that you feel you are hardly invested in any of them at all.

Very few of us, even the most ethically minded, possess the steadfastness required to bear sifting through the Annual Reports and Environmental and Social Governance Reports of each of these companies in order to ascertain whether their ethical credentials match our own.

Maybe you would even feel you are so diluted that if you really disagree with the activities of one company on the list, it doesn’t matter, as probably about 50p of your money ended up there.

This is a very big problem for conscious investors.

Whether deliberate or not, this institutionalised obfuscation only suits companies, many of which would like us all to not care at all about where our money goes, so that they have many more means at their disposal to deliver profits.

Often, the wall is quite literal, as you may reach a point during your digging where you can’t access any more information from the investment manager’s website, unless you are an adviser or asset manager, because that information is considered for “institutional” investors only and as a mere retail investor, you will not be permitted to go any further without signing a scary looking declaration.

But that institutional money is merely our money – our sweat and tears – that has been wrapped up in a bundle and presented as a fund by an asset manager.

So what can you do to avoid hitting the wall?

If you want to invest in an ISA, this can be difficult. “Ethical” ISAs (try not to be put off by the word), where the fund has its own clear guidelines that you can easily read for yourself, or governed by principles set by the EIRIS, the environmental and social governance (ESG) research organisation, are a good place to start. Legal & General and Triodos Bank both have ethical stocks and shares ISAs.

By their very nature, funds that are called “ethical” should be more transparent about where the money ultimately goes. But being funds with multiple holdings, can still suffer from the “Cat in the Hat” syndrome and some have even been known to be called ethical, but on closer inspection, not be ethical at all (look out for our good-with-money.com investigation, coming soon). So transparency is important and the first box to tick.

By the way, we found that the biggest junior stocks and shares ISA run by the newly-merged One Family (formerly Family Investments and Engage Mutual) had an average annual return over five years of 6.2 per cent on its ethical fund and 6.4% on its standard one. Good-with-money will run more returns comparisons on ethical versus standard ISAs over the coming months, but as a start, this comparison seems to back up our theory that there is very little, if no “ethical premium” any more.

Then again, you don’t have to go down the fund route to invest at all any longer, thanks to peer-to-peer lending and crowdfunding, which present some good options for investing directly in things you like, such as renewable energy, through Trillion Fund or Abundance Generation, or small businesses that make positive local contributions, such as some of those listed on Funding Circle. However these will not be eligible for ISAs until next April, 2016, when the “Innovative Finance ISA” is launched, and a whole new way of investing tax-free without a middleman, enters the market.

So even if you hit the wall, try not to give up. There is a way round it.

A sustainable future beyond Covid 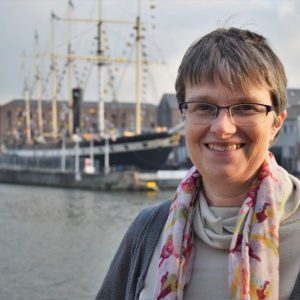