How students can be GOOD with money

Off to Uni for the first time in the Autumn? Look forward to a bombardment. The halls, the clubs, the new friends – oh yes, and some lectures. It’s enough to give you brain ache before you even get there.

That’s one of the reasons it is so easy to end up in a mess with your money.

Another is that when you don’t have much money, you don’t usually have much choice either.

The majority of students start adult life with the same bank account as their parents that was set up for them as a child.

“Get them young”, the banks understand, is the way to a loyal (read: lazy) customer, forever.

It does tend to be only the large banks that have the capacity to offer student accounts, which are fairly niche products. So options are limited if you want your money to back your principles.

But don’t despair. There are some ways you can make the money that you have do slightly better without much sacrifice to you when you are a student, and the ways to match your money with your morals will certainly open up when you graduate.

Andrew Hagger, of moneycomms.co.uk, says: “There’s nothing to stop you making monthly reductions to your student debt via your graduate account whilst opening a new main bank account with a more ethical bank if you’d rather be a customer of a bank with better green credentials.”

Competition for the student market is fierce, with the big banks offering a range of freebies to grab your attention. And you might find it hard to pass up the offer of a free railcard or £60 Amazon voucher. 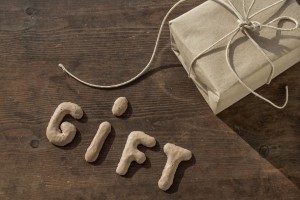 But if you are tempted by the freebies, be sure to also check the facts on the account: look at overdraft interest rates (usually free on student accounts), fees and any other charges that could be levied if you end up going into your unauthorised overdraft (which is sadly very easy); spending more than the 0 per cent limit, or missing a repayment on any credit card that is offered to you.

Also bear in mind that while student overdrafts and credit cards are often 0 per cent while you are a student, they will start to charge interest a year or so after you graduate and are earning – so if you have racked up a lot of debt and cannot clear it quickly because you aren’t earning enough, you can end up accruing a lot of interest, which will mean you pay much more back than you originally borrowed in the first place – certainly more than that initial freebie was worth.

Do remember that it’s good to try to avoid using overdrafts or credit cards too much – not only for the obvious reason of saddling yourself with piles of debt, but also so that when you graduate, you don’t remain entangled with that big bank and are more free to move on to one that better matches your own values.

Andrew says: “Once you graduate it’s time to start repaying your student overdraft – most of the banks will give you the chance to clear the borrowing interest free over a period of two to three years however you don’t have to stick with the bank you were with whilst at university.”

GOOD TO CONSIDER: What is your bank’s position on funding arms or fossil fuels, for example? Does it actively invest in helping society or the environment?

You can check your bank’s ethical scorecard on Move Your Money, but here’s our pick of the options that are better for your conscience, even if they do not have the very best features (or freebies):

The Co-operative Bank’s Student Account offers an interest free overdraft up to £2,000 (the biggest on the market, at £3,000, comes from HSBC, but £2,000 is still better than the typical £1,500 on offer). The Co-op deal does not offer gadgets, discounts or in-credit rates (‘cause that’s likely when you’re a student!) as a sweetener, but it does maintain a strong ethical policy, not investing in companies that are engaged in activities that it judges to be harmful to people or planet.

Another potential GOOD-ish option is the TSB Student Account. It’s 0 per cent overdraft only goes up to £1,500, but it claims it is different to other banks because of its ‘local banking’ policy, which you might like from an ethical POV.

Of course, you don’t HAVE to open a student account just because you are a student.

But regular current accounts often come with a monthly fee of £10, can require you to put in at least £1,000 a month or so and charge interest on overdrafts as standard.

There are some exceptions, such as Metro Bank, which has no minimum balance requirement and no monthly fee, although the overdraft will depend on your circumstances and so is unlikely to compete with the student accounts here.

Digital-only challenger banks, such as Atom or Mondo might be worth keeping an eye on. We can’t vouch for their green credentials yet, but they are positioning themselves as more customer-centric than the more established banks and plan to enable you to do all of your banking on your smartphone. But it’s unlikely they’ll be able to cater specifically for students immediately.

Andrew says: “Unfortunately the recently launched challenger banks don’t appear to have an appetite for the student banking market. It’s probably down to the fact that providing interest free overdrafts for anything up to 5 years represents a significant expense in the short term and just doesn’t work for a new bank.

Let’s hope that once the likes of Metro Bank become more established they will be able to bring some much needed fresh blood to this sector which is currently dominated by the high street banking giants.”

A small number of students may have the opportunity to save either on a regular basis or simply to invest that termly / annual loan cheque.

GOOD TO CONSIDER: You may want to ask your bank what it does with the money you deposit with it. Does it use it to help fund the UK’s real economy? Or it does it invest it elsewhere in complex (read risky) financial instruments? Does it use its profits to help society or the environment? Or do they fund excessive executive pay at the top? If you’re curious about the answers to these and other similar questions, then do put pressure on your bank to be transparent. The MoveYourMoney campaign can help with this.

Because interest rates are generally lower than a champion limbo dancer, it is possible to find a good option with little or no difference in rate to the table-topping providers. According to SavingsChampion the best paying Easy Access account is with BM Savings paying 1.6 per cent on balances of £1,000 or more. However this has a tricksy bonus – only paid for a year – so you need to remember to switch again at the end of the bonus period.

In contrast, ethical bank Triodos’ Online Saver Plus pays 1 per cent, with no bonus, and can be opened with as little as £1. 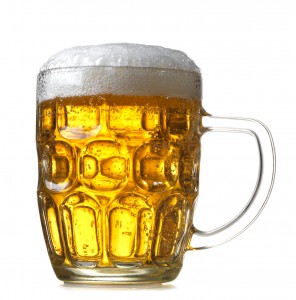 The GOOD easy access savings option will cost you the equivalent of 2 pints of beer on £1,000 saved over a year

For tax-free savings (less relevant for students who are not earning and therefore would not have to pay income tax), Triodos offers another GOOD top rate: 1.3 per cent on its  Online Cash ISA. And  Charity Bank’s Ethical ISA – where all the deposits fund its lending to charities and social enterprise – pays 1 per cent. 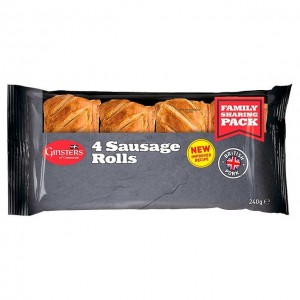 The GOOD Isa option will cost you less on a £1,000 lump sum than a pack of Ginsters

An average, non-ethical cash ISA will pay 1.44 per cent – so the difference in returns between ethical and non-ethical is tiny – £1.42 on £1,000 invested for a year – less than 4 Ginsters sausage rolls.

Students who want to go one step further could think about joining the growing divestment movement, started by People and Planet, which is seeing increasing numbers of student and staff bodies campaigning their university or college to remove its endowment or investments from fossil fuels.

To date, six further education establishments in the UK have committed to divest their portfolios – among them Oxford, Warwick, Edinburgh and Glasgow. Furthermore shareholder group Share Action has recently started the ‘Iwanttobreakfossilfree’ campaign, a petition demanding consumer choice for savings accounts that don’t fund fossil fuels.

So you’ve sorted a GOOD student current account, possibly even a GOOD savings account, but you’re still being stiffed on your energy bills because your landlord or the previous tenants don’t really give a stuff. You can change this, too, if you want to.

There’s a range of energy providers that are a little kinder to the environment. And again, they won’t necessarily cost you any more. If you want an entirely green tariff, then take a look at Ecotricity or Good Energy.

Good Energy offers a market-leading tariff of between £1,100 and £1,200 for its dual fuel customers. The major firms – British Gas, SSE, Scottish Power, E.On, EDF and nPower – charge £1,236 on average.  The Co-op, which supplies 68 per cent renewable energy (compared with an average of 17 per cent across all suppliers) and offers a dual fuel tariff at £944 – a full £292 cheaper than the average Big Six tariff..

If you simply want a provider who’s a bit more transparent about their tariffs (while also providing a ‘green’ option for those who want it), then Ovo Energy consistently scores well for its clarity and customer service.

Lastly, what about insurance for all your prized possessions? According to EIRIS, Co-operative Insurance, More Than / Royal & Sun Alliance score best on its ethical tables. More Than has a dedicated student policy and says its premiums start from as little as £99.  Or you could opt for Endsleigh, which was set up by the NUS and which says it covers 80 per cent of students in university property.

One thing to remember: if you yourself are not able to back your principles, you can encourage your parents, who might have more money to move around, to be more mindful of where it goes. The Push Your Parents campaign, run by students, is designed to encourage the older generations to think about what their money is funding.

The information given on good-with-money.com is general information that is intended as general guidance and is not professional advice. The authors have not independently verified ethical claims made by any organisation mentioned in this article. You should always seek independent financial or legal advice before making a decision on what to do with your money.