Lack of options, lack of transparency: the market for Junior ISAs is far from ethical

As we approach the fourth anniversary of the launch of Junior ISAs, an investigation into the market conducted by Good With Money has found the options for parents who want to invest ethically on their children’s behalf is lacking in choice and lacking in transparency.

There are only two junior ISA options labelled “ethical” – from One Family and The Children’s ISA, despite research from Triodos, the ethical bank, showing nearly two thirds of parents reckon they have become more ethically conscious after having kids, and almost half of parents choose ethics above rate when it comes to saving for their children.

Those options that are labelled ethical have holdings in companies such as Royal Dutch Shell and HSBC, which have questionable environmental and social responsibility records.

Meanwhile, it can be difficult to find out what the supposedly ethical funds really invest in, because information on the top ten holdings is not always published on fund websites.

At a time when ethical investments are outperforming their non-ethical counterparts according to research from Moneyfacts, good-with-money.com urges junior ISA providers to consider re-allocating some of their funds out of oil, gas and global banks and towards companies with genuinely sustainable business models.

Evidence suggests that choosing a properly ethical junior ISA could be the best-option for giving your children a financial boost as well as protecting the world they will live in.

Castlefield, the ethical IFA, highlights Alliance Trust, Avalon and Sheffield Mutual as top picks for profit seekers with a conscience.

Where is your children’s future invested? Read the good-with-money.com mystery shopping investigation into junior ISAs including the best ethical cash junior ISAs.

Rebecca O’Connor, director of good-with-money.com, said: “The first thing to say is that truly ethical junior ISA options can deliver returns that are as respectable as those from traditional options, which makes it rather hard to justify investing non-ethically any more.”

“The difficulty is finding a truly ethical junior ISA. There is a lack of transparency over the top ten holdings of the fund in particular with some providers, and the misuse of the labels “ethical”, “green” or “good” on investments that do not necessarily deserve the name.

“This has led to some parents thinking they are investing ethically on behalf of their children, when in fact their money could be invested in dubious sectors such as oil, gas, global banks, tobacco and alcohol.”

“Furthermore, some funds that are not labelled ethical appear to be more ethical than the ones that are labelled as such, leading to the bizarre situation that parents who think they are doing the right thing are backing questionable businesses, and parents who have not made an ethical choice are funding companies with better or at least neutral records.

“The best thing to do is not to take a fund at face value and if it says ‘ethical’, ask to see a list of the companies it actually invests in, so you can decide for yourself.” 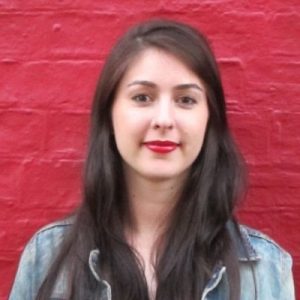