Ecology Building Society this week announced record assets, record lending and record savings balances for during 2015, as savers and borrowers show they are increasingly attracted by the Society’s environmentally and socially responsible practices.

The Society, an ethical finance pioneer, offers a range of simple, transparent, ethical savings accounts that fund mortgages for properties and projects which support individuals and communities to adopt environmental building practices, improve the energy efficiency of the UK’s building stock and live or work in a way that promotes a sustainable economy.

Ecology currently offers 1.75 per cent on a regular savings account and 1 per cent on an easy access account. Its Standard Variable Rate for mortgages on energy efficient homes is 4.9 per cent. It also offers mortgages on small holdings and organic farms.

Energy efficiency measures for buildings are considered one the most effective ways of reducing UK carbon dioxide emissions.

Ecology’s results mark more than 30 years of uninterrupted profitability and provide a compelling case for a long-term, purpose-driven approach to finance.

During 2015, the Society received accreditation as a full Living Wage employer and in early 2016, became the first building society to be awarded the Fair Tax Mark, which sets a benchmark for responsible tax behaviour.

In 2015 Ecology lent more than £42m for sustainable properties and projects, with 95% of mortgages advanced on residential properties (including new builds, renovations and shared ownership) and 5% on developments for community gain (including charities, community businesses and affordable housing).

Paul Ellis, chief executive, said: “We’re proud to be at the forefront of the most exciting type of finance there could be – using money to make a positive difference for people and planet. Our results prove that our approach to ethical values-based banking is more relevant than ever and demonstrate how we are delivering on our mission to build a greener society.

“Throughout 2015 we have retained our commitment to focus on lending for positive environmental and social impact. Our record levels of lending represent a significant increase in our positive impact.”

Since his appointment in 1995, Paul has overseen an asset increase of over £120m. He continues to be the longest-serving CEO in the building society sector, in the youngest society still in existence, highlighting a shared commitment to the long term. 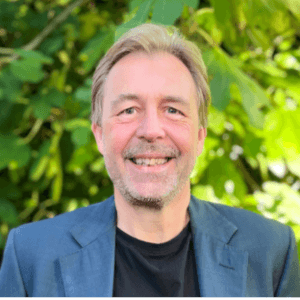