Is total energy market disruption right around the corner?

It’s highly likely that you’ve never heard of peer-to-peer energy matching, because it doesn’t quite exist yet. And yet, a six-month trial of a scheme that delivers renewable energy from local, often community-owned suppliers directly to households and businesses has concluded that the system could: “unlock billions of pounds of additional revenue for renewable generation technologies in Great Britain and overseas”.

That would be a pretty big achievement for a simple system that essentially cuts out the middle man – the energy company. It also has the potential to reduce bills, as suppliers can apply discounts. Cheaper, cleaner, local energy – tick tick tick.

One giant leap for energy

It is early days and there are several hoops to jump through before such a system becomes a reality, but findings from the trial suggest that local markets are the future of a decentralised energy economy and that significant savings can be achieved by making grid charges fairer through local matching.

If Piclo is widely adopted alongside Open Utility’s proposals to Ofgem for fairer grid charges, it could be one giant leap for the industry.

The Piclo trial was a collaboration between Open Utility and  green energy provider Good Energy with funding from leading tech for good investor Nominet Trust and The Energy Entrepreneurs Fund scheme  run by The Department of Energy and Climate Change (DECC).

It gives consumers and generators the tools and data needed to allow them complete choice and control,  whilst also providing electricity retailers groundbreaking insights into their customers purchasing decisions.

“And now, following the release of our six‐month trial we are in a perfect position to maximise the benefit from the smart meter rollout to 30 million households and businesses across Wales, Scotland and England by the end of 2020.”

Vicki Hearn, director of Nominet Trust, said: “At Nominet Trust, we’re passionate about the potential of the internet and digital technology as a force for social good. It’s been exciting for us to support Open  Utility’s growth through our funding for Piclo, building a fairer renewable energy marketplace for consumers and producers and also helping to preserve vital resources for future generations. We’re now thrilled to see the results of the Piclo trial and its potential to unlock value in local energy markets.”

Piclo takes in all the price and preference information and matches electricity demand and supply every  half an hour. Good Energy helps ensure that the marketplace is always balanced, purchasing surplus power or providing 100% renewable top‐up when required.

Juliet Davenport, Good Energy chief executive and founder, said: “Good Energy’s vision is of an energy system where control is in the hands of people, harnessing the awesome power of the UK’s natural resources, and electricity is generated by the communities who use it. The Piclo trial has provided a glimpse of what a future powered purely by renewables could look like, with everything from rooftop solar to community wind turbines playing a role”. 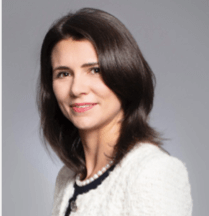