Pick the best of the freshest new banks

The banking old guard has never really recovered its reputation post-financial crisis. If you are up for changing who gets to host your current account, how do you pick from the new crop of banks, with challengers appearing faster than strawberries in summer?

The usual way. Look at convenience, cost and what you value from an account.

There is often one over-riding feature of a current account that keeps us wedded to it and disinclined to try anything new.

What is the most important thing to you about your current account? Is it the fact that you can go overdrawn without paying your monthly salary in overdraft charges? Or is it that you want a decent interest rate on in-credit balances, because you are very good at staying in the black and would like to be rewarded for it? Or if you travel a lot, is it more important that you can take out cash abroad? Or if you are absolutely values first (like us), do you consider where a bank invests its customers’ money?

2016 will go down as the year of the challenger bank.

The likes of Tandem, Mondo, Starling, Atom, B Bank, Triodos Bank, Virgin Money, Metro Bank and Handelsbanken are all already offering (or promise to offer soon) something a little different to the big banks and from each other.

Personally speaking, Good With Money is waiting for Tandem and Triodos to launch their current accounts before switching (we anticipate end of 2016 and early 2017, respectively).

With so many players already in or about to enter the market for your current account, it’s worth a look at how they compare on some of the features we tend to value most highly.

Good With Money expert Andrew Hagger, of Moneycomms, has put together these three tables, comparing challenger high street current accounts on most valuable features. We will update the tables new accounts come to the market.

B (from Yorkshire and Clydesdale Banks), Metro Bank, Norwich and Peterborough (N&P) and Virgin Money are the challenger banks in the tables below. Not all challengers are online – some are trying to gain ground on the high street, where the big banks are typically reducing their focus. B and N&P are digital, whereas Metro Bank and Virgin Money are in-store.

For authorised overdrafts, Metro Bank is the highest ranking challenger, coming in in 4th place with an average annual cost of £48.10, not far behind the Post Office and M&S Bank but definitely not as attractive as the lowest cost authorised overdraft on the market, from First Direct.

For interest on in-credit balances, Virgin Money and B are top of the challengers with 1 per cent and 0.5 per cent paid respectively, but way off the top of the table, with Nationwide and TSB paying a whopping 5 per cent (up to a maximum of £2,500 and £2,000 respectively.)

With the exception of B Bank, which is not competitive for use abroad, the challengers dominate the top of this table, with Metro Bank, N&P and Virgin Money all being free or very cheap for purchases and cash withdrawals abroad. The high street banks are way off the money here, with the next best value coming from Nationwide, which charges 2% for foreign exchange loading and £1 per cash withdrawal.

Overall, the challengers are pretty competitive. They rank mid to top of the tables across all three feature comparisons, even if they aren’t the absolute best value. Take a look – and see whether you can save by switching and help give the banking sector a little bit of a much needed shake-up, too. 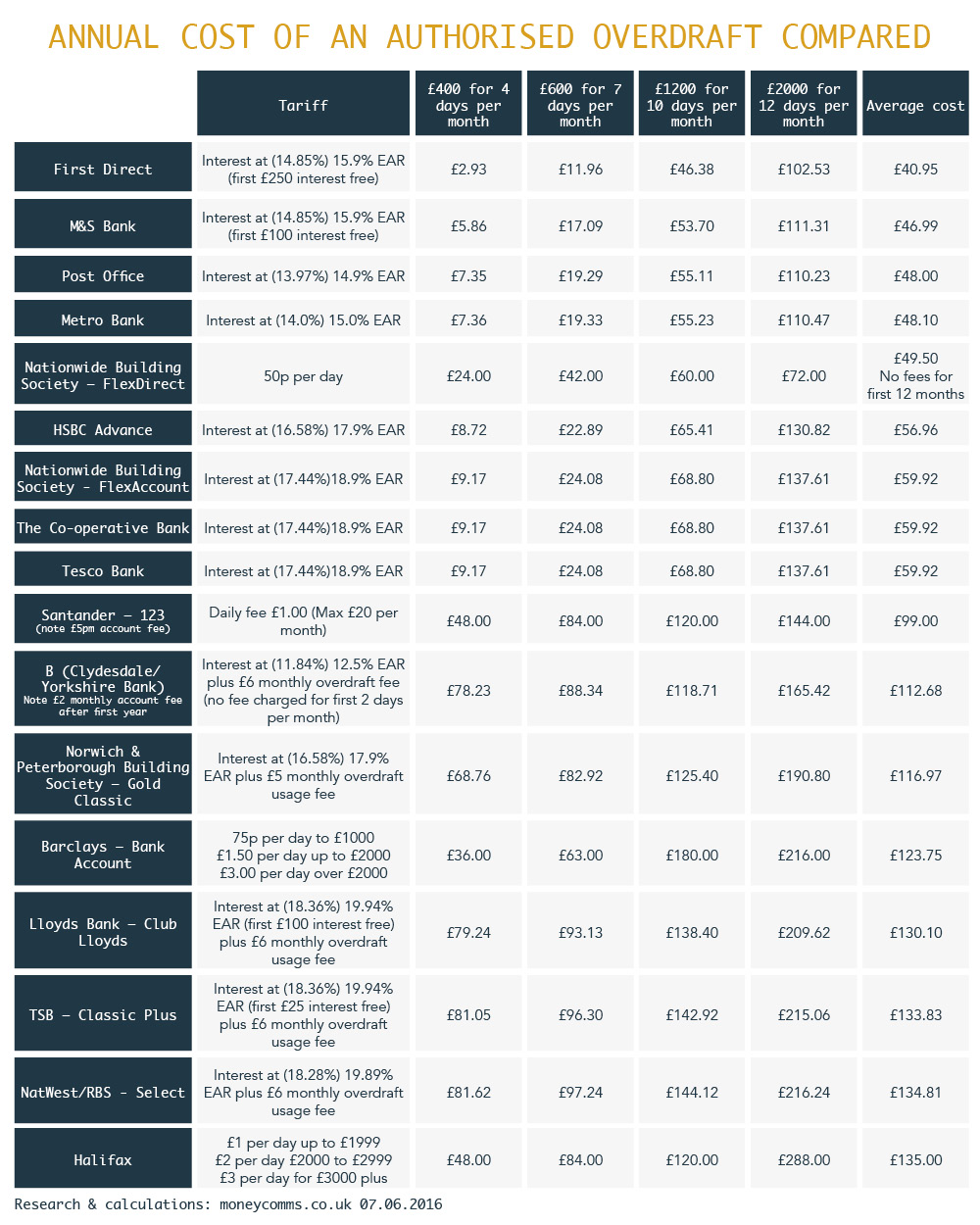