An extract from The Good Guide to the Innovative Finance ISA, by Bruce Davis, co-founder and joint managing director of Abundance Investment. 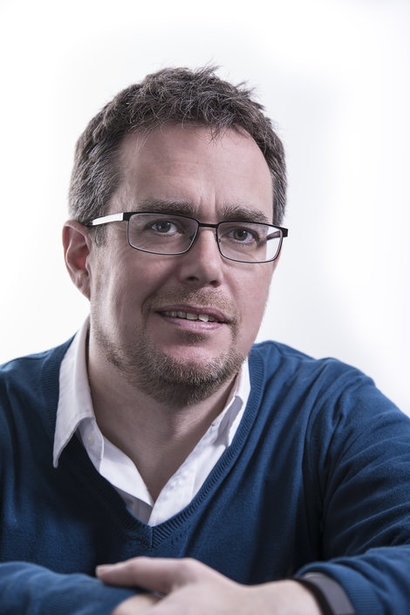 The Innovative Finance ISA (IFISA) is a brilliant thing – and I don’t just say that because Abundance offers one.

Its merits go far beyond offering savers and investors a more attractive return on their money and extend to having the potential to fundamentally change the landscape of saving and investing for the better.

Here in the UK we don’t talk about money as much as we should, or even as much as I suspect we would like to, despite the fact that we are a nation of keen ISA savers. Last year alone almost 13 million people saved into an ISA and between them they saved over £80 billion. Yet any conversation, particularly in the press, is dominated by rates and needs and what our money can do for us.

However, that is only half the story. There is a whole other side to money, a social side that millions of people consider. The independently commissioned Great British Money Survey attests to this. Now in its fourth year, the survey asks about our habits and attitudes to saving and investing. Most striking is the consistency with which people say they want control of their money and for it to do more than get a return.

Across the three surveys commissioned to date an average of 65% of people agreed with the statement: ‘I want to invest in things that give both a decent return and don’t harm our future.’ Similarly, 67% agreed with: ‘I like to be in control of my savings and investments and choose exactly where my money goes.’ It is clear that making some money is equally as important as doing some good for the majority of people.

The IFISA is uniquely placed to bridge that gap. The peer-to-peer lending and investing market is at its core a more socially and environmentally minded way of investing. It was born out of a frustration that banks were taking repayment interest from borrowers and not passing enough of it on to savers.

So the first P2P businesses did just that, sidestepping the banks and connecting individual borrowers with one or many lenders, giving both a better deal. It was a social win-win. The market expanded into small business lending and sustainable investing, growing almost 500% in the two years from 2013 to 2015.

And the win-win grew with it, with individual investors helping UK businesses to grow and employ more people, or greening the grid with clean energy investments in solar panels, wind turbines and biomass boilers. Abundance is the market leader in the latter. Since 2012 we have been working closely with developers to raise finance for clean energy projects, each of which is making a difference to our society and the environment.

The projects our investors have funded are already lowering electricity bills for some of the most vulnerable to fuel poverty in our society; they are lowering heating and electricity bills for schools, libraries, family run hotels and various small businesses; they are paying out directly to community groups and initiatives. And all the while, our investors are earning attractive rates of 6-9% IRR.

We pushed hard for inclusion in the new IFISA because we see every day that people want their money to reflect what they do in other areas of their lives too. Investors through Abundance need to be aware that their invested capital is at risk. Investments through Abundance are long term, typically having terms of 15 – 20 years. They are also not readily realisable, which means that it may not be possible to sell them if you want to access your money before the end of the term. Full risks of each investment are given on the Abundance website, and investors should take care to read and understand the risks before they invest.

Happily, the Abundance ISA has proven the point in a whole new way. Customers are signing up in droves and projects are selling faster than ever before, despite the premise remaining the same. We are just at the beginning but we are confident that the era of win win investing is upon us. What’s keeping you?

Bruce Davis is co-founder and managing director of Abundance Investment.