SMUG MONEY: What can we learn from the Rich List?

To gasps of incredulity, pangs of envy and waves of incandescence, The Sunday Times publishes its annual rich list on Sunday.

I never want to read it, but always have a look. And this roster of tans, white smiles and yachts does not bring out the best in me. It goes something like this: disbelief at how much they are worth, questions about who exactly are these people? What are their values? How can they possibly justify themselves to themselves? Followed by mild jealousy, generalised anger at so much inequality in the world, then resignation: this is the way things work, these are Darwin’s chosen few, live and let live and occasionally treat yourself to something decadent.

Aside from ascertaining that there are hundreds of people in the country who have more money than can be good for them, what facts can we glean about the country’s richest people? One tech company, TechRound, has analysed the last five years’ worth of the list’s top 250 inhumanly wealthy individuals, looking at gender, industry and country of origin.

It has found that only 1 in 10 are women, less than 1 in 10 are British and 1 in 4 made most of their pile from that most traditional of treasure chests: property. Finance (mostly hedge funds) and pharmaceuticals offer the next most popular entry points to the super-league (not surprisingly, journalism does not feature).

An Englishman’s home is someone else’s castle, it seems.

It is no surprise that property features so heavily among the wealth creation strategies of the country’s richest. Property of one form or another is what happens to money when it is made manifest. Why else would you make money if not to turn it into homes and land, something tangible and provable?

As for the notable lack of women on the list, well, they tend to feature if they are a) attractive b) born into a rich family c) both. The richest woman from last year’s list is the former Miss UK, Kirsty Bartorelli, who also benefits from being married to one of the country’s richest men. The link between looks and earning power remains undiminished – and the method of connecting the two, through marriage, as old as the hills. Hardly the spur a generation of young girls needs to get them to work hard in school.

The gender inequality of the rich list is notable and it would be fair enough to focus on this as a source of grievance, but then, the whole thing is an exercise in exposing inequality. 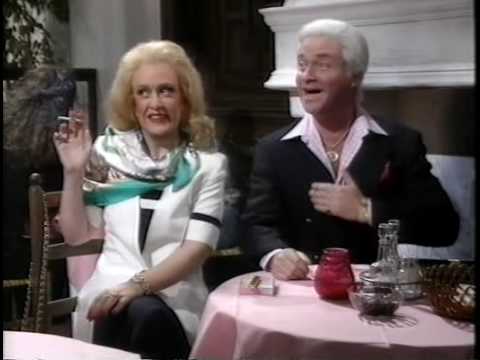 Unfortunately, the effect on us as we survey this fortunate crew is less to want to change the system, and more to want to be like them. Who among us is cheering on this rarefied bunch as we flick through the pictures of tans, white teeth and yachts, with a: “Didn’t they do well?” Who is muttering something about the urgent need for a wealth tax, and who is feeling just a little bit sick with envy (and a bit of horror at oneself for even feeling like that)?

For the stomach-churning, dehumanising effect it has on its audience, I’d quite like the Sunday Times to ditch the Rich List, but there’s as much chance of that as Bernie Ecclestone selling up and giving everything to charity. And perhaps there is no reason to. Perhaps it is us that need to change, to not even remotely care about how much money other people have.

I rather like the idea of an alternative rich list, which looks at ways people are rich other than through wealth. Research from Skoda into what people value showed that family comes up top, followed by good health and friends. Money comes a lowly fourth in the “What creates a happy life” table.

However, while it isn’t top of our list of values, money is at the top of the list of things young people worry about, which suggests it is worth paying attention to, even if your ultimate goal isn’t filthy riches.

Two fifths (42 per cent) of young people say their biggest regret is not saving enough, followed by (alarmingly) worrying too much about their appearance (25 per cent). In contrast, the over 60s most regret not having travelled enough (26 per cent), followed by not spending enough time with loved ones (16 per cent) – these stats perhapsmore  an indicator of where their generation has landed on the economic luck spectrum, than anything.

Kirsten Stagg, Head of Marketing for ŠKODA UK, said: “We set out to uncover the importance and value of wealth across different generations. Interestingly, we found that the perception of value isn’t universal; money is more of an influencing factor for millennials, while baby boomers place greater value on life experiences.”

“What is also apparent is that as we get older, rarely do we look back and think ‘I wish I’d spent more money’ on something – it’s spending time with the people we love that fulfils us”.

So if, as you flick through this weekend’s rich list, and feel that sinking feeling in your stomach, just think instead about this alternative list, and console yourself that you might just be richer on some measures than this gilded lot.

Money resolutions waning? Here's 8 ways to get back on track