Shock result: what now for your money?

Few saw it coming, but here we are: a hung parliament.

What does it mean in the immediate and short-term for your finances?

The Pound was already down 2 per cent this morning – if you are buying holiday money, the advice from the currency experts is to do it now. The weak Pound is already causing higher UK inflation and this looks set to continue. 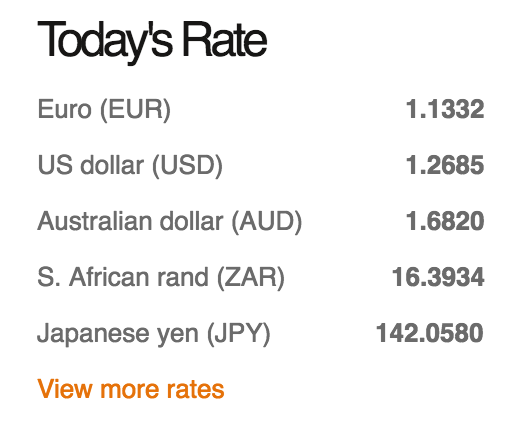 “For now the Pound’s prospects look much like Theresa May’s – clouded with doubt.

“Nearly a year on from the Brexit earthquake there’s no end in sight to sterling’s see-sawing instability.

“As long as the debate rages about whether Britain will end up with a hard or a soft Brexit, the volatility will continue.

“The Pound fell 2 per cent overnight as the markets reacted in shock to the exit poll – and this is unlikely to be the last big swing as the horsetrading begins in earnest, both in Westminster and Brussels.

“Against this backdrop, predicting the future course of the Pound is a mug’s game, so anyone planning a foreign trip should watch exchange rates closely over coming days for any sign of improvement.

“The only certain thing is that more uncertainty lies ahead. So it may be worth buying some holiday money now to mitigate your risk – even if you don’t plan to travel for a few weeks. Above all, travellers need to be savvy when buying foreign currency.”

However, some experts think that the prospect of a softer Brexit could even boost the Pound:

Richard Berry, founder of the currency specialists, Berry FX, said: “There are so many variables in play that the Pound could even rise in the days ahead as the likelihood of a soft and more palatable Brexit increases.

“As perverse as it seems, political chaos could ultimately translate into Sterling strength.”

Impact of a weaker £ on investors

For investors, the impact of a hung parliament and the weaker pound depends on whether equities are held globally or in the UK. A weaker pound should benefit UK exporters, however the UK may seem like a less appetising investment prospect for foreign investors until there is more certainty.

Mark Taylor, Chief Executive Officer at Selftrade from Equiniti said: “Following the election result we now have the prospect of a coalition government. This means that markets face a period of uncertainty whilst the options are worked through. It may even result in a further election being called.

“In the short term, we are likely to see the pound come under significant downward pressure as the prospect of Brexit talks falling into turmoil emerges. But a soft Brexit situation could help the pound in the longer term. While the pound weakens, it should provide benefit for UK companies that have strong overseas earnings and in turn a positive opening for the FTSE.

“However, longer-term, overseas investors looking at the UK as an opportunity will be reluctant to commit, which could well mean that markets remain volatile. That is why we believe in investing little and often or ‘piece by piece’. Nobody can tell when a market could rise and fall with any degree of certainty, so we think regular investing on a monthly basis is a better approach during times of uncertainty.”

The outlook for the housing market remains as it was, with the UK’s weakening economy and rising inflation creating a slight slowdown – a spokesperson for London Central Portfolio said: “For the domestic housing market, outside Prime Central London, the recent evidence of a downturn by most data analysts, due to concerns over a weakening UK economic position and rising inflation, is unlikely to be reversed in light of the current events.”

The industry body representing small business was pessimistic. Chief Executive of the Forum of Private Business, Ian Cass, said: ‘The voice of small business has been completely ignored during the election campaign, with both Theresa May and Jeremy Corbyn both demonstrating that they have no real understanding of the critical role played by businesses to the importance to the UK, both in economic contribution and job creation.” He called for a small business minister to represent their interests.

*Good With Money receives a small fee for referring people to Currencies Direct.