Putting the green back into green and pleasant land

It’s official – taking out a 100% renewable energy tariff does not make you a hippy – even Sun readers are doing it! We might guess, anyway, after they read some research in their rag-of-choice, declaring (what the converts have known for a while) that totally green tariffs are totally cost competitive, too.

OK, you might have to switch to a smaller, less established energy company, and you might feel a certain sense of unease about that, but the point is, the cost of generating renewable energy has now come down so much that the cost of supplying it to homes has fallen enough for these tariffs to be there-or-thereabouts at the top of the best-buy tables. 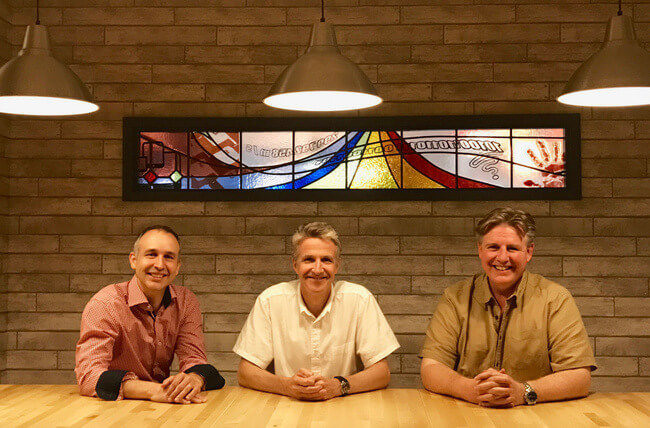 That’s somewhat of a big deal, given the energy switching market has really stepped up a gear in the last 18 months or so, and loyalty is for losers. “Energy is price-centric” says Steven Day, co-founder of Pure Planet, the recently launched 100% renewable energy supplier.

This means that in theory, Pure Planet and other similar new green providers will be stealing market share all over the place from the likes of British Gas, E.on and npower, delivering pounds back into people’s pockets and turning the world into a better, cleaner place as they go.

The cheapness is wot’s swung it. People didn’t switch en masse to renewable tariffs when their only USP was green-ness. It was considered an expensive luxury for those who can afford a conscience. Now, the idea of renewables as a thing for rich people only is a thing of the past. Hooray! “It’s not just wealthier people who can afford to do good”, says Steven, “because the pricing around green has changed so much, that’s gone away”.

And people are switching, says Steven, because of what he calls this “double no-brainer” concept, ie, if it’s cleaner and it’s cheap, why wouldn’t you? Surely someone would not be so committed to climate change scepticism that they would wilfully stick with a more expensive, dirty fuel tariff from a Big Six supplier, would they? It certainly doesn’t look like it. “The crowd is moving in rapid numbers,” he says “and those who had a green leaning anyway, they can now afford it”.

According to Pure Planet’s own research, 50 per cent of Big Six customers are planning to switch, with 29 per cent planning to do so in the next six months. Gratifyingly, ‘clean energy’ is among the top three reasons people are switching, along with ‘price’ and ‘better customer service’.

So the customers who are now the target for this new green breed of tariff supplier (Pure Planet has joined the likes of Bulb, Green Star, Octopus Energy and Tonik) are not the ultra-leftie, Guardian-reading yoghurt weavers (if indeed such people exist) but “those who are price-sensitive, who recycle, who broadly know that green energy is the right thing to do”.

According to all of the public attitudes surveys, green and cheap should be a very easy sell indeed. The most popular energy in the UK is green (nuclear is the least popular, by the way, despite strong green reasons for its use). Plus, it’s the future. Young people (roughly 34-year olds, down) care a lot more than their parents and grandparents about climate change and are using pester power in the home. According to Pure Planet, more than two thirds of children have told their parents to recycle more, over half to turn the lights off, 35 per cent to walk or cycle instead of driving and 35 per cent not to leave home tech on stand-by.

So what’s stopping the big boys riding the clean bandwagon, ditching all their dirty tariffs and just offering green energy? Nothing, in theory, except they still wouldn’t be as cheap as the new start-ups, who benefit from being mostly digital (Pure Planet has an AI-based “Wattbot” app), with much, much lower capital costs – savings which can be passed onto the customers. E.on does have a green tariff, Steven points out, but “it’s around £200 more expensive a year than Pure Planet”.

BP has a minority stake in Pure Planet, which is worth noting because for some, the oil giant’s horrendous environmental legacy will be enough to turn them off the whizzy new supplier, which is a much more acceptable shop-front for the future than sea animals choking in oil. An association with a clean company like Pure Planet is just what the BP marketing department needs, no doubt, and what looks like piggy-backing off a green movement that is the very antithesis of the core business could be enough to raise the heckles of the most open environmentalist.

However, flip this on its head, and you could say that BP’s stake in a 100% renewable energy business is a positive move – the very type of step away from planet-destroying that we want to see from the oil majors. True, the type of stake BP has in such businesses is hardly a big dent in its coffers. Yet it is still a bold move. Because if companies like Pure Planet grow to dominate the energy market, along with, say, rapid growth in electric vehicles, this would totally destroy BP’s business model.

BP’s stake may be a hedge in a future that it ultimately cannot survive in, but, putting aside the truly devastating sins of its past, the fact that it is making such a play is at least an acknowledgment that it needs to find a place in a new, clean world. And if BP’s doing it, what excuse can the rest of us have not to go green?