Demand for ethical investment is rising, with almost half of British savers saying they would choose an ISA that has a positive impact on society and the environment.

As savers look to utilise the £20,000 ISA allowance before the tax year end, new research by ethical organisation Triodos Bank reveals there is an increasing desire to make financial decisions based on ethical values.

The data shows 42% of those polled would opt for an ISA where their money is used to finance ethical enterprises such as low-carbon energy generation, social housing or community projects.

The Good Egg mark is available to companies that can show they have a positive impact. Find out which companies already have one here

More than half (56%) said they would move their money if they discovered it was being lent in areas which negatively affect people or the environment. Savers are also demanding better transparency, with 72% saying banks need to provide more information on where their consumers’ money is being lent. Around two thirds (67%) would like to know where their bank lends their money, with 80% having “no idea” how their money is used.

Bevis Watts, Managing Director at Triodos Bank UK, said: “Many savers are putting transparency and positive impact at the top of their criteria. It is time that ISA providers offered the transparency that people deserve – the fact that the vast majority of savers currently have no idea where their bank lends their money isn’t in their interests.

“At Triodos Bank, we are 100% transparent and in that way, can show that we direct money to help change lives, build stronger communities and protect the environment.”

As well as cash ISAs, many savers are looking at new options in the ethical ISA market. While awareness of new innovative finance ISAs is still low, a tenth of the 2,002 adults polled plan on opening one in the next year, with an average investment of approximately £8,500.

Oscar-winning actor Sir Mark Rylance said: “I believe you can make a conscious, positive choice about banking – just as you can with food, energy or transport. It’s time people woke up to what banks are doing with their money. I’ve banked with Triodos for many years now and appreciate their ethical and transparent approach to supporting environmental, social and cultural change.”

However, while savers are increasingly aware of the need to open an ISA that works for them and also meets their ethical values, more than a third (34%) have not yet done so.

Ethical investment firm 7IM (Seven Investment Management) says that while interest in sustainable investing has increased significantly, consumers are being put off by confusing jargon.

Camilla Ritchie, Senior Investment Manager at 7IM, said: “Whilst sustainable investing has come a long way, it is just as guilty of using too much jargon as the wider investment industry, ironically given its credentials. Many investors are likely to have their head spinning with acronyms – ESG, SRI and SDGs are just a few. And then there’s the seemingly interchangeable labels like ‘sustainable’, ‘responsible’ and ‘impact’ investing, all with important distinctions which are in danger of being lost on the many.

“There are other pitfalls for the unwary, too: ‘green bonds’, for example, are not always issued by ‘green’ companies and it’s really important that investors are able to make sense of these distinctions. We have a long way to go.”

Good With Money recently launched the #NicerISA campaign to encourage ISA investors to put their money into funds and businesses that have a positive impact this year, whether that’s through an IFISA or a traditional stocks and shares ISA (the Good Investment Review contains fund ideas).

Triodos Bank is a global pioneer in sustainable banking using the power of finance to invest in projects that are good for people and the planet. Triodos uses its €13.5 billion (2016) in assets to create social, environmental and cultural value in a transparent and sustainable way.

7IM provides investment services to professional wealth managers, planners, advisers and private investors. These include: discretionary investment management, a range of multi-asset portfolios, an investment and open architecture trading platform and the 7IMagine app, which brings client portfolios to life. 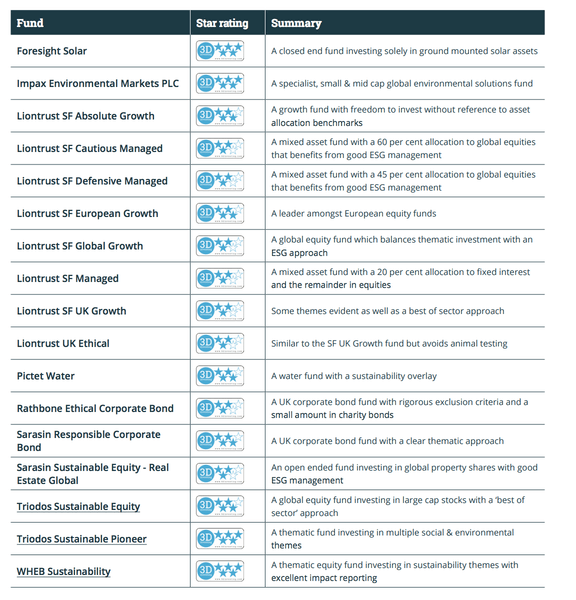