Written by Christine Dawson on 14th May 2018

If you find your spending habits problematic, it might be worth looking at the emotional drivers behind them.

Just like some of us eat unhealthy food for a short-term pick me up (emotional eating), Catherine Morgan, a money makeover expert, says she meets a lot of people who are emotional spenders.

It can be beyond frustrating when you have wholesome savings plans – only to blow them all because you were feeling low one night and made the mistake of opening the Amazon app.

Catherine, who founded money coaching service The Money Panel, says she can see an emotional spender from a mile off – because she used to be one herself.

If you have a negative attitude to money and can identify and articulate it, then tell yourself the opposite. See how you would feel if you had that positive belief- what would be the benefits of that? 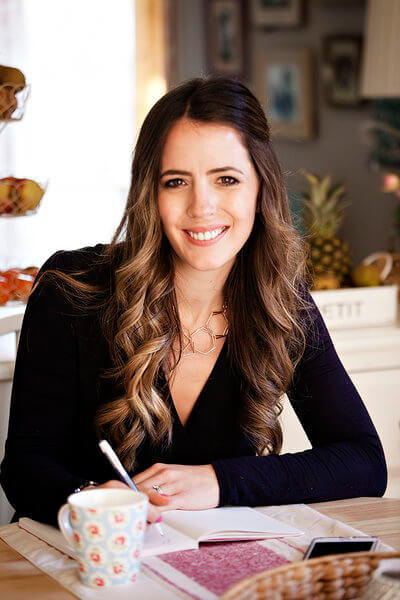 Catherine had a high salary working in financial services but was spending it all. She says she hadn’t recognised the emotional drivers behind her spending until she hired an image consultant to help her get to grips with what she should be buying.

“I had a whole day with the image consultant talking me through my body shape, what colour clothes and makeup colours to wear, how to accessorise. We did some shopping and then she said ‘why not sort your wardrobes?’ of which I had about five.

“After sorting them, she left me that evening and I was surrounded by 10 bin bags of clothes to get rid of, and I just cried because I felt I had been given permission to let go of all the crap in my life.”

Catherine had some heavy emotional baggage from her school days, including bullying and an eating disorder, which fed into body confidence issues in her 20s. All the spending was meant to make her look thinner and better, she says.

“It had all been to replace something that was missing in my life, to make myself feel better.”

After the emotional breakthrough it took a few years before her spending habits became as healthy as they are today.

Catherine’s tip to anyone struggling with emotional spending is when it comes to the practical tasks of managing your money, don’t take it all on at once. For many of us, our financial lives feel like a big old tangled web, so trying to fix it all at once is overwhelming.

Catherine says it is important to remember to keep the end goal in mind while starting small.

She also says actions are nothing without the right attitude. All the budgeting apps in the world won’t sort your financial wellbeing if you have negative attitudes to money and if you leave those emotional drivers of spending unchallenged.

“What is it driving you to make the purchase? And challenge the action – is what you are doing going to make me feel any different in 20 minutes? No.

Your emotional driver could be something really serious. If you are not ready to challenge it then you need to put something in place to stop you behaving in that emotional way.”

“I have a 48-hour rule. I give myself 48 hours before purchasing anything. So it might be in my Amazon basket for that long.

You can also choose not to store credit card details online so you have to get up and find your purse every time you want to buy something.”

“I tend to shop online but in physical shops I go in with a list of what I absolutely need.

I have worked with a London-based client who is surrounded by shops when she walks out into her lunch break. For her it might be she needs to walk in a different direction from that shop that she really likes.”

“If you have a negative attitude to money and can identify and articulate it, then tell yourself the opposite. See how you would feel if you had that positive belief- what would be the benefits of that? Then, if it sits well, see what small change could make that your reality.”

“This is where you decide I will not say ‘I don’t have enough money’ anymore. Instead say something positive like: ‘I can be in control of my finances.’

You have to reframe what you are thinking- you can be wealthy and increase your income or control spending or budget better or manage my money better. All of a sudden you will find good things just happen.

Often with financial goals you have to break them down in to bite-size chunks. Small actions are the best way to get started.

Catherine has a weekly radio show called Money Mindset on Secklow 105.5. The latest episode is on emotions and spending. She is also a qualified financial planner at Essendon Financial Planning and runs an image consultancy called Before Meets After.

Christine is a freelance financial journalist, specialising in sustainable finance.