Plastic pollution: the technologies helping to clean up our oceans

Plastic pollution is a devastating problem for the world’s oceans and marine life. According to the United Nations, more than eight million tons of plastic ends up in our seas each year – equal to dumping a rubbish truck-load of plastic EVERY MINUTE. At this rate, there will be more plastics than there are fish (by weight) in the oceans by 2050.

The ultimate solution to our devastating plastics problem is to drastically reduce its use. But when it comes to cleaning up the mess we’ve already made in our oceans, there is some hope.

Here are the innovative technologies helping to clean up our oceans:

The majority of plastic in our oceans currently accumulates in five floating garbage patches. The largest is the Great Pacific Garbage Patch, between Hawaii and California, which at 1.6 million square kilometres is three times the size of France. Using conventional methods of vessels and nets, it would take thousands of years and tens of billions of pounds to clear this plastic from our seas.

The Ocean Cleanup has developed advanced technologies that Dutch founder Boyan Slat says could clean away up to half of the Great Pacific Garbage Patch in just five years, at a fraction of the cost.

His system involves a 600-metre-long floater that sits at the surface of the water, and a tapered 3-metre-deep skirt attached below. The floater provides buoyancy and prevents plastic from flowing over the system, while the skirt stops debris from escaping underneath.

The Ocean Clean Up uses advanced research on ocean currents to maximise the plastic it can clear. Both the plastic and system are carried by the current while wind and waves propel only the system. This means it moves faster than the plastic, allowing more to be captured.

Using 60 fleets of systems in every ocean gyre, combined with a reduction of plastic at source, The Ocean Cleanup says it could remove 90 per cent of all ocean plastic by 2040. 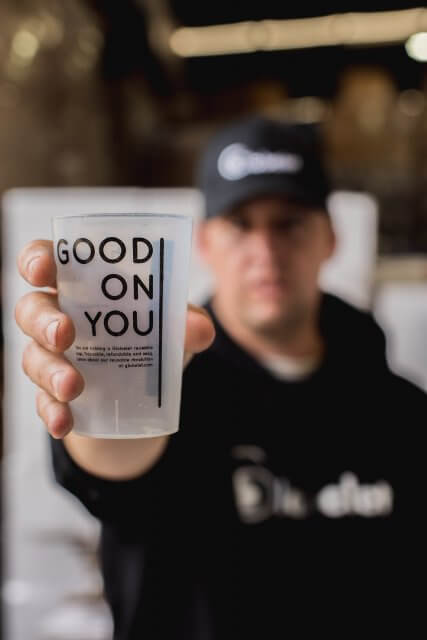 The Seabin Project is installing floating rubbish bins (with a pump and filtration center) at harbours, marinas, and other major hotspots to clean up rubbish and oil floating in the water. On average, an individual Seabin catches around 1.5 kilograms per day, which is about a half a ton of debris a year.

The Seabin Project says that ultimately, the solution to ocean pollution lies with education and systemic change. It has developed an open-source education program for schools to learn more about ocean littering. It is also actively involved in industry participation, legislation, and lobbying.

A ‘robot shark’ that can swallow up to 15.6 tons of plastic waste a year is being trialled in UK harbours. It snaps up the rubbish before the tide takes it out to sea. WasteShark, modelled on the world’s largest fish, can capture up to 60kg of waste at a time and can run for up to eight hours.

The high-tech aquatic drone was released by WWF and Sky Ocean Rescue in lfracombe Harbour in Devon last month, in its first UK test. It follows on from successful launches in five countries, including South Africa and the UAE.

WasteShark emits no pollution, poses no threat to wildlife and doesn’t produce any noise as it navigates the water ‘eating’ any waste that crosses its path. It can pick up rubbish as deep as one foot (300 cm) below the surface. It can be directed by remote control or an iPad, or set up to run autonomously, and its movements are tracked by GPS satellite.

WasteShark is fitted with a collision-avoidance system that uses laser imaging to spot nearby objects and adjust its positioning if it senses one.

Current recycling technology has limited capabilities, which leads to a shocking amount of our “recycled” rubbish ending up in landfills or in the ocean.

Bioplastics – made (wholly or partly) from plant (biomass) or other biological materials rather than petroleum – have also emerged as a potential solution to the plastics problem.

This waste (fish scales and fish skin) known as MarinaTex bioplastic can break down in four to six weeks when the soil is at the right temperature, which is faster than many other biodegradables.