Global non-profit The Nature Conservancy launches £1.2 billion ‘Blue Bonds’ scheme to save and restore the world’s oceans, China plans to put a solar power station in space, and Yorkshire Water’s first-ever sustainability bond is five times over subscribed less than a week after its launch. Meanwhile, the UK smashes its record for coal-free power and Washington state is set to become the first in the US to legalise human composting amid demand for eco-funerals. Lori Campbell rounds up the top sustainable stories of the week.

Global non-profit The Nature Conservancy has announced a $1.6 billion (£1.2 billion) bid to help save the world’s oceans by selling ‘blue bonds’ to coastal and island countries.

The Blue Bonds for Conservation initiative will refinance and restructure debt for coastal and island nations. In return, those countries must commit to protecting at least 30 percent of their near-shore ocean areas including coral reefs, mangroves and other important ocean habitats.

The company says it has already secured more than $23 million (£17.7 million) in funding from donors towards the $40 million (£30.7 million) required to kickstart the scheme – which it is hoped will eventually unlock $1.6 billion (£1.2 billion) in ocean conservation funding.

Meanwhile, a new study by British scientists has revealed that ocean pollution in the seas around the UK is 10 times worse than at the start of the century. Researchers looked at records from a plankton sampling mission which has been trawling the North Atlantic Ocean and surrounding regions since 1957.

Before 2000, the small torpedo-shaped device became tangled in plastic rubbish on fewer than one in 200 outings. But now, plastic bags, fishing equipment and debris have to be removed after around one in 20 trawls.

China is planning to put a solar power station into orbit above Earth that will start generating power by 2040.

The futuristic approach aims to reduce pollution and mitigate energy shortfalls. Scientists from China’s Chongqing University, the China Academy of Space Technology and Xidan University have begun designing a testing facility to look at the viability of the idea.

The 33-acre test site, which will take up to two years to build, will try out space transmission technologies while studying the effects on living organisms of microwaves being beamed back to Earth. Once built, scientists and engineers will make specialist tethered balloons equipped with solar panels to test the microwave transmission technology.

Yorkshire Water’s first sustainability bond is five times oversubscribed at £1.9 billion less than a week after its launch.

The bond was admitted to the London Stock Exchange’s main market on Thursday with a target of raising £350 million from investors. It is the first from Yorkshire Water’s recently published sustainability framework, which sets out how the supplier will spend money in ways that have an environmental or social benefit.

Britain set a new record for the longest spell without generating electricity from coal over the Easter weekend.

Using a combination of gas, nuclear, wind, solar, imports, biomass and hydro, the UK was powered for 90 hours and 45 minutes from Thursday until Monday.

This smashes the previous longest period of 76 hours and ten minutes, which was set in April 2018.

National Grid spokesman Duncan Burt said the achievement was mostly down to the sunny weather, meaning energy need is low and generation from solar powers is high.

Meanwhile, a study has found that in the first three months of 2019, the electricity grid clocked up 650 hours of coal-free generation – more than was achieved during the entirety of 2017. It sets an all-time record for the UK in the winter months.

US state to legalise human composting amid demand for sustainable funerals

Washington is on the verge of becoming the first state in the US to allow humans to be turned into compost, amid a surge in demand for sustainable funeral services.

State representative put the final touches to a bill on Friday which legalises two sustainable death care options – a chemical process of alkaline hydrolysis and a natural process of organic reduction.

Washington’s governor and 2020 Democratic presidential candidate Jay Inslee is expected to sign the bill into law this week.

The 68-year-old announced his bid for the presidency last month, pitching himself as the only candidate committed to tackling climate change. 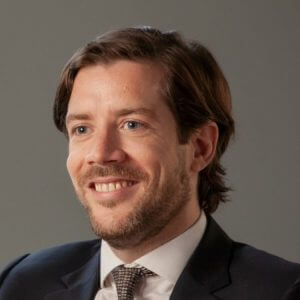