Nest, Britain’s biggest auto-enrolment workplace pension provider, has confirmed it will be going tobacco-free across all of its investments, ditching its £40 million stake in the industry within the next two years.

Underlining the new way of thinking in the finance world, which is finally waking up to the HUGE risks associated with investing in companies and products that harm people and the planet, the decision by Nest is based on the expected future performance of the tobacco industry – which kills more than 7 million people every year.

The firm says that key factors such as stricter worldwide regulation against tobacco products, increasingly aggressive legal action by governments against the tobacco industry and falling global smoking rates has led it to conclude tobacco is a poor investment for its 8 million members.

Mark Fawcett, Nest’s Chief Investment Officer, comments: “This announcement won’t come as a surprise to some. We’ve been highlighting our specific concerns around tobacco investments and its performance for a couple of years now.

“Tobacco companies are facing legal challenges across the world from governments taking action against an industry causing serious harm to their citizens. In our opinion, tobacco is a struggling industry which is being regulated out of existence.

“We have not taken this decision lightly but we don’t think it makes sense to continue investing in an industry whose business model looks increasingly unsustainable.”

Other parts of the world are already leading the UK in the pensions space, with 35 funds in Australia having ditched tobacco after a nationwide campaign led by Bronwyn King, a radiation oncologist at the Peter MacCallum Cancer Centre in Melbourne, who was horrified to learn where her pension money was going.

Nest is not the first UK pension fund to ditch the cigs, though, with the Wellcome Trust and Cancer Research UK’s schemes already having gone tobacco free. Nest is, however, the first major nationwide UK scheme to do so, underlining its broad commitment to socially responsible investing that is also highlighted by its investment strategy, which favours companies who are transitioning to the low carbon economy.

Speaking on the announcement, Dean Walker, a Nest member based in Portsmouth, said: “I like having a pension. It’s reassuring to know my pension is being looked after and someone is helping set me up financially for when I retire.

“I’m a new dad and I’ll certainly be encouraging my daughter not to smoke when she grows up. Everyone knows it’s not good for you and can cause cancers, which I feel very strongly against. I think what Nest are doing is a great idea and I hope more companies follow suit.”

Nest already has a tobacco-free policy applied to its environmental, social and governance (ESG) emerging markets fund and commodities fund. This announcement will extend the screening out of tobacco across all of Nest’s retirement date funds and other fund choices.

Nest also has an Ethical Fund choice, which any member can switch to, which is tobacco free as well as considering a number of other factors in its investment process. While excluding companies that harm the world, its people or the environment, the fund also proactively invests in organisations that make a positive contribution to society.

How you can make a positive impact with your ISA 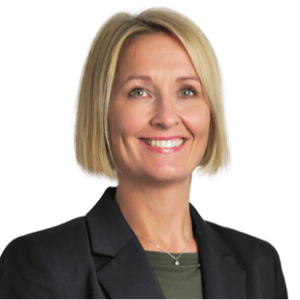 What you need to know about: Novus