Should we all stop having children to save the planet?

The recent announcement from the Sussex Royals that they will be having only two children to save the planet has met with a mixed reception.

Perhaps predictably, the Daily Express is enraged, seeing the comment as an attack on Prince William and Catherine not to be tolerated, and using it as an excuse to throw some more thinly veiled racial and sexist abuse Megan’s way.

In other quarters, though, the comment has opened up debate around one of the most taboo topics in sustainability: the question of whether – contrary to one old saying – we should all in-fact be crossing our legs and thinking of England.

Like it or not, limiting the number of children we have is just about the most powerful thing any of us can do to help create a more sustainable world – even more, perhaps, than putting your money in a Good place (gulp…).

Indeed, a 2017 study from Lund University in Sweden showed that parents in the developed world that have just one less child can save a staggering 58.6 tonnes of CO2 emissions per year.

To put that into perspective, the institute found the next most powerful eco-action we can all take is to live car-free, which saves about 2.4 tonnes of C02 a year, while eating a plant-based diet saves just under 1 tonne of C02: i.e. not even close to limiting our children.

Recent studies suggest that carbon emissions must fall to two tonnes of CO2 per person by 2050 to avoid catastrophic global warming. However, right now, the average American and Australian emits 16 tonnes per year, while the average Briton emits 7 tonnes.

The above outlines what many critics of such studies are often eager to point to: that it is not humans, but consumption that is the real issue here, with the average American imprinting something like 40 times the carbon footprint than the average Bangladeshi (although unless that American starts living like a Bangladeshi, the point is still a valid one).

Nonetheless, though, as the Lund study shows – taking even drastic measures in our consumption habits may not be as powerful as not having children.

The Sussex Royals are not the first public figures to weigh into this debate, though, with Democratic senator and liberal maverick Alexandria Ocasio-Cortez raising the subject in an Instagram live feed earlier this year.

In it, the representative went even further than Harry and Megan, suggesting that, in a world where scientific consensus tells us that the lives of our children are going to be very difficult due to rising temperatures, it is legitimate for young people to ask: “Is it even ok to have children?” The response from Republicans was much like The Express’s to the Sussex’s, just less objective.

(Not) doing it for the chill

More than the scientific impact of one less human on the planet, though, Ocasio-Cortez’ comment hints at another side of this debate: the eco-anxiety that is on the rise and that might be assuaged by not needing to fear for our children in a ravaged world.

And here we come to the confession. Your writer, dear readers, is one of these people.

The now inescapable truth is that, even at humanity’s best effort, we will likely only limit global warming to 2 degrees above industrial levels. At this level, 99 per cent of coral reefs are gone, 3 million tonnes of fish disappear, 18 per cent of insects, 16 per cent of plants and 8 per cent of vertebrates lose more than half their numbers. And this is best case scenario. Under the current trajectory, we will see 3 to 4 degrees of warming by 2100 – in 81 years.

When facing and regularly writing about these truths, it is no exaggeration to say that, often, the only thing that enables a restful nights sleep is the following thought: “Thank GOD I don’t have kids.”

And I’m not alone. This story, in-fact, was inspired a reader, who got in touch to say that while we are happy to bang on about cutting our plastic consumption, she didn’t expect us to tackle this taboo. In her inspiring email, she writes that “long ago”, she decided that “the world did not need [her] children” and that instead she would try to “support those children already here”. Now aged more than 70, she works in the field of sustainability and doesn’t regret her decision – at all.

While perhaps more a reflection of who your writer chooses to keep company with rather than a representative population sample, many contemporaries report the same.

One close acquaintance states that, while it “might seem dramatic to some”, the “dangerous direction” the planet is heading in has brought her to the decision that she “no longer wants to bring [her] own children into this world”. This is someone that wanted six ten years ago. Now, though the thought fills her with horror.

Across the pond, a recent poll by Business Insider suggests a similar train of thought among young Americans, with nearly 40 per cent aged between 18 and 29 stating that climate change should be part of the consideration to have children. Interestingly, this drops only to 34 per cant among 30 to 44 year olds (the demographic this angsty elder-millennial falls into, if you must know).

Of course, there are a number of factors at play here: not least the significant financial instability young people in the West have been suffering since 2008, and will likely to continue to suffer for the foreseeable, as well as increasing numbers of women in the workplace (statistically, when we get rights and freedom over our fertility and finances we tend to want to have less kids. Funny that).

Despite this, though, the Sussex’s comment has perhaps further stabbed at a can of worms that will, perhaps, inevitably have to be pried open if we are to hand a sustainable world to the children currently on it. 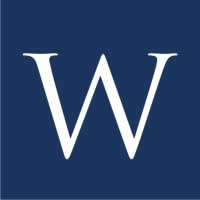