Tom McGillycuddy – co-founder of social investment app tickr –  tells Good With Money how human storytelling is the most powerful motivator for ethical investing. He exclusively reveals the exciting features now available on the app that help to create the crucial ’emotional connection’ between people’s principles and their own finances.

From protesting for climate action and reducing plastic consumption to the rise of ‘Veganuary’, people are increasingly conscious of their impact on the planet.

We’ve been inspired to act because the likes of David Attenborough and Greta Thunberg have sparked a powerful emotional reaction in us. They’ve done this simply by telling the human story behind climate change.

This shift in behaviour is extending to investing where a new generation of finance customers are starting to ask questions about where their money is being directed. 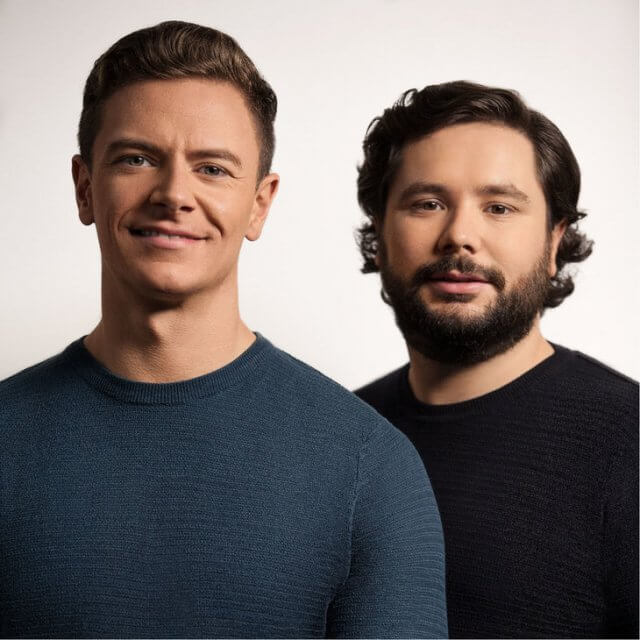 Tom McGillycuddy, co-founder of social investment app tickr, says it’s the human stories behind companies making positive change that motivate people to invest. He told Good With Money: “It’s all about the human story. We have to make a meaningful connection between people’s principles and their own finances. That is what inspires them to invest.”

tickr makes it easy for anyone (including those with zero experience of investing) to back globally-listed companies that are making positive social and environmental change – with just a few clicks on their mobile phones.

Investors can choose to put their cash into companies from three separate themes – climate change, equality and disruptive technology – or a combination of all three, at a risk level they feel comfortable with and from just £5. tickr was launched in January by former Barclays analysts McGillycuddy and Matt Latham with just a handful of friends and family signed up. It now has ‘tens of thousands’ of customers across the UK investing an average of £120 a week.

It is the concept of human storytelling that’s behind the launch of a new ‘featured companies’ section on the app. McGillycuddy said: “There are now short video profiles of some of the companies in our portfolios, and stats so investors can see exactly what their money is being used for around the world and the positive impact it is having. Like everything on tickr, this feature is very simple to use and easy to understand. These videos will form part of a broader series where we profile local social entrepreneurs.”

He said they will also be adding an ‘Impact Calculator’ to the app in the near future so investors can get an even more detailed view of what their money is achieving.

While millennials in particular are keen to invest their money ethically, there is still a worrying gap in knowledge about exactly what this means and how to go about it. To address this, tickr has added in-app ‘financial education’ videos which explain in everyday language what ethical investing is all about. McGillycuddy said: “When I was working in corporate banking, I came to realise that the world of finance has been designed to make normal people feel stupid. With tickr we wanted to change that. It is crucial to us that everything on the app is as accessible and easy to understand as possible.”

tickr offers three categories of investment, or a combination of all

A forest of referrals

Also brand new is a referral offer where tickr commits to planting a tree in Indonesia for every referral (as well as the user and their friend getting £5 each to invest). Customers are sent the exact coordinates for the forest on a map, so they can see the real positive impact of the extra signup. Tom said: “Our ultimate goal is to have millions of people investing every month. Imagine the positive impact we can achieve with that.”

Another exciting new feature, available in the next few weeks, is ‘carbon coaching’. “We can calculate the carbon footprint of each customer based on their everyday spending,” said McGillycuddy. “Customers who select this feature will be told their individual carbon footprint and offered tips on how to reduce it, as well as the option to offset their emissions. To enable us to do this, we need access to personal bank account data. Before the feature goes live, customers will be asked if they would like to opt in to it. For those who do, we will explain exactly how their data will be used.”

McGillycuddy said the idea behind Carbon Coaching is to make positive choices as simple as possible. He said: “This generation is all about convenience. That is the top priority for most people. Making a positive impact needs to be as convenient as shopping at Amazon and that is what we aim to achieve.”

In the longer term, tickr aims to give its users an even more powerful voice through the launch of three new branded funds. McGillycuddy said: “We want to give more power to our users. We looked into regulated funds but they are far too expensive. We almost gave up on the idea, but when we took it all apart we realised we could do it ourselves for a lot less.” The idea is to add three new branded funds – Climate Change, Equality, Tech for Good – to the app next year after another crowdfund.

In the 10 months since its launch, McGillycuddy said they have learnt a lot about their customer base. He said forty percent are female, with the majority investing for the first time, and their average age is 31 (just like him). They mostly live in cities, with 30 per cent from London and the remainder largely from other big cities including Edinburgh, Manchester and Leeds. As well as profiling businesses on the app, he said they are also keen to show the human face of tickr’s customers, which again they are doing through short in-app videos.

McGillycuddy says customers fall broadly into two distinct categories – one of which has surprised him. He said: “The first is disillusioned bankers, which is the group I fall into. It’s people who have worked in the financial world and found it very excluding. This one I was expecting. But the other, which really surprised me, is new mothers. They are young women who have had a child and are aware that they want to invest in their future. They are primarily interested in themes like climate change and equality.”

The trigger for tickr

He said the inspiration for creating tickr came from his own mother. He said: “I visited a housing company in India that the company I was working for had invested in. I talked with a family whose lives had been changed by moving into one of the houses.

“Owning their own home had started a ripple effect where they’d then had a child who had later gone to school. When I got home, I told my mum this story and she said it was the first time she’d ever really understood what I did for a job. That was my trigger moment. I realised that opening up investing to ‘normal people’ is just about reframing what is already there. It has to be about telling the human story.”

tickr has so far raised £2.5 million in external funding, including more than £1 million from a Seedrs crowdfunding campaign. While the team has grown to 15, McGillycuddy said they have consciously not hired anyone from a financial background. He said: “It was intentional for us not to hire anyone who knew the world of finance. We didn’t want banking language creeping in because it would put people off. Sometimes even Matt and I can be guilty of doing that.”

Shaking up the industry

He said their goal is for tickr to be “the most convenient way for anyone to have a positive impact on the world.” He added: “The tickr app as you see it today, aligning your investments with companies addressing big problems, is just the beginning. Finances should be stacked in favour of the user, and benefit the planet, and we will shake up the industry with these two things in mind.”

Good COP or bad COP, energy transition will power on