Where there’s a will, there’s long term financial security for your loved ones

We live our lives as though death is something that happens to other people. Except, sure as eggs is eggs, it will happen to us.

Hopefully not for ages, of course, until at least 90, after a Sunday roast and a glass of scotch.

But what if, gulp, it is a wee bit sooner and less expected than that?

Don’t dwell on it too much. But it is a good idea to at least get a will sorted. It doesn’t cost much and once it’s done, it’s done.

The good people at Macmillan Cancer Support have put together some top tips to help you Get. It. Done. 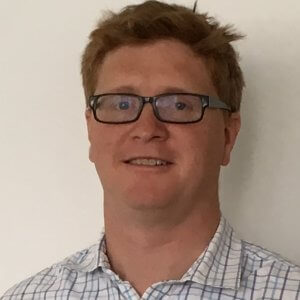 Will-ful ignorance: The five things you need to know about wills

Planning for the future is important, and many of us will have put some serious thought into how we hope to enjoy our retirement. Writing a will? Not so much.

In fact, research shows that nearly two in three (63%) UK residents don’t have a will.

But without an up to date will your possessions, money, property, and even dependent children could be left to someone you haven’t chosen. James Stebbings, Head of Gifts in Wills at Macmillan Cancer Support, explains what you might not know about the simple process of putting our affairs in order.

People often put off writing a will because they feel they have nothing to leave behind – but ultimately, few people die without any assets to their name. Even if you don’t own your home you may have savings, money in a pension, a car or furniture that you would want to pass on following your death.

Your possessions don’t have to be expensive to be valuable. A watch, book or photograph can have sentimental value, and the only way of making sure that a treasured possession reaches its intended owner is by making your wishes clear. What’s more, often your loved ones will take great comfort from knowing you have remembered them in your will.

Your will needs to be up-to-date

A will that no longer reflects your current circumstances can be as problematic as having no will at all. You risk losing a greater share of your estate to inheritance tax or family tensions as people debate and divide your possessions with no real idea of what your wishes might have been. There’s no hard and fast rule, but it’s a good idea to update every time you have a life change. Marriage, for instance, automatically revokes a will made previously, leaving it invalid.

Guardianship can be legally assigned in your will

Lots of people think that custody of their children will automatically go to their partner or next of kin if they die, but this isn’t the case. One of the easiest ways of legally assigning a guardian is through a written declaration in your will. Without this written declaration, the decision is left to the courts.

Will writing doesn’t need to be expensive and time-consuming

People often think writing a will cost them a lot – both in terms of time and money. But that needn’t be the case. There are lots of schemes out there like Macmillan’s free will writing service where you can choose when and where you’d like to write your will; be it on the phone, through a home visit or online – fitting around you and your lifestyle.

Macmillan is making it even easier to help you take that first step in planning for the future and has launched a free-will writing service so you can get on with living. Visit macmillan.org.uk/donate/gifts-in-wills

How higher education can pay off - for students AND investors