A new investment platform is to inject $500 million (£381 million) into businesses working to achieve the Sustainable Development Goals (SDGs) in developing countries.

The ‘SDG500’, backed by a coalition of public and private organisations, NGOs and a private equity firm, is the first ever platform dedicated to the SDGs.

The platform’s funds will be used to make debt and equity investments in early stage businesses in “emerging and frontier” markets. The idea is to spur innovation and growth in regions where firms often lack access to follow-on financing.

The platform will focus on supporting firms in agriculture, finance, energy, education and healthcare across Africa, Asia, Latin America, the Caribbean and Pacific regions.

“The launch of SDG500 is a unique milestone for the impact investing industry,” said Jean-Philippe de Schrevel, founder and managing partner at Bamboo Capital Partners, which will manage the six funds on the platform.

Hohn’s TCI Fund Management was the world’s best-performing large hedge last year. Now Hohn is pushing companies in his portfolio to reduce greenhouse gas emissions and disclose their carbon footprint. If they don’t, he says he will oust their boards or dump their shares.

Hohn, 53, is calling on investors to fire money managers who don’t press companies to reduce their carbon footprint, and he wants banks to stop lending to companies that ignore climate change.

Meanwhile, £30 billion British pension fund Brunel Pension Partnership has threatened to sack investment managers that do not take action on the climate crisis.

The fund, which manages pension money for nine councils in south-west England as well as for the Environment Agency, said it would review the mandates of asset managers that don’t reduce exposure to climate risk by 2022.

This is down seven per cent over the last three years, but the report by the government’s waste advisory body warns that a lot more must be done.

The volume of food waste generated in the retail supply chain, the hospitality sector, and in homes stood at 9.5 million tonnes in 2018. This is down from 10 million tonnes in 2015 and 11.2 million in 2007, according to the detailed study from the Waste and Resources Action Programme (WRAP).

But the 38-page report reveals that UK households still waste 4.5 million tonnes of food a year that could have been eaten, worth £14 billion. This amounts to £700 for an average family with children.

Household food waste represents 70 per  cent of all food waste after the food has been grown or produced, with potatoes the single most wasted food.

Lloyds to halve carbon emissions it finances by 2030

Lloyds Banking Group has pledged to halve the amount of carbon emissions it finances through personal and business loans by 2030.

The commitment comes as lenders face heightened criticism over their role in fuelling the climate crisis by funding projects and companies that rely heavily on fossil fuels.

Lloyds said it will create “green products and services” to make it easier for customers to make lifestyle changes aimed at tackling the climate emergency.

Lloyds, which is the UK’s largest domestic bank with 26 million customers, is designing a green mortgage that will lend money to customers looking to improve the energy efficiency of their homes and developing a way for customers to compare the carbon impact of vehicles before they buy.

Greta Thunberg led a climate strike on the last day of Davos, where she continued her push for climate change action.

Thunberg used the meeting of the World Economic Forum in Switzerland last week to once again call out world and business leaders for their inaction on the issue.

Several businesses made individual pledges at the conference to eliminate their emissions but the event closed without any fresh global commitments. 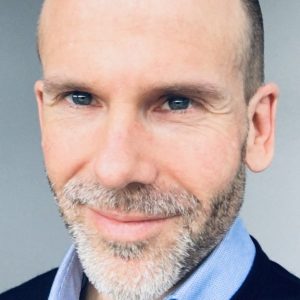