It’s your pension – own it!

That chunk of cash coming out of your payslip every month doesn’t go into a vault in Switzerland. Instead, it goes into your workplace pension.

Your pension (like other investment accounts you may have) is  invested into  companies such as Facebook, Nike, Estée Lauder and Microsoft. Unless you are a royal, rock star or tech mogul, you probably don’t have enough money to buy  whole  companies.

Instead, you own  shares  of companies, small chunks which are publicly available to buy via the stock market. However, a company’s value  isn’t static – it  can go up and down over time.  For example, if you own Nike shares and Nike sells lots of running shoes, the value of your pension could go up. On the other hand, if you own shares in BP and there is a big oil spill  resulting  in  lost product and bad press, the value of your pension might go down. 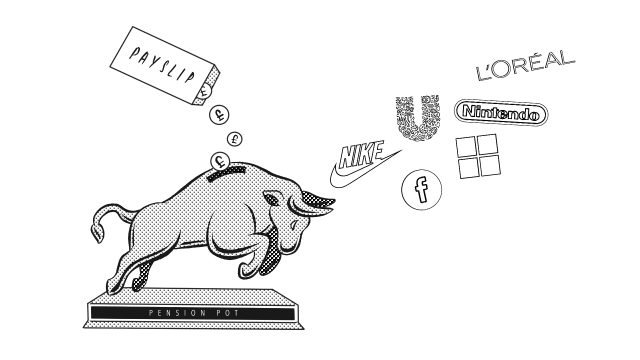 Often shares of many different companies are lumped together to form a fund. This reduces the risk of owning any one company and decreases the workload for the pension manager, whose job it is  to choose which companies or funds to buy in order to keep your pension safe and to help it grow  in value.  Technically  you could just hold cash in your pension, but this  is a bad idea –  all your  value would be eaten up by inflation and  you would  miss out on the powers of compound interest.

The trouble with auto-enrolment

Thanks to auto-enrolment, you probably never think about any of this. Your employer chooses your pension, you contribute, your employer contributes. You probably don’t even know that you actually pay pension fees. And then one day at the ripe old age of 65, you ask the pension manager to convert your shares back into cash that you can spend once you retire from the 9-5.

Your  pension  investments  mean that you are an indirect  owner  of shares in companies.  Real companies  that operate in your country or your community: like Uber, Apple, and the company that makes your contraceptive pill and the car you drive or sets the interest rate on your student debt…companies that affect your life, for good and bad, every single day. Through your pension,  you own them.

Ownership is part of your identity. You strive to own your home. You own clothes, cars, paintings, pets and the plants  to put in it. You worry about who owns your data. And you take ownership over your work. Things you own have emotional significance. You want to keep them safe and you want them to have a positive effect on your life, or else, what’s the point? 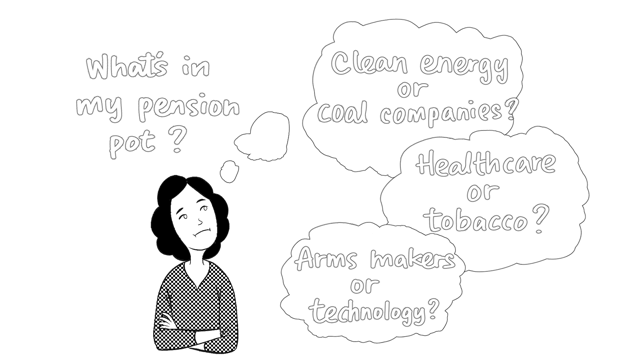 That’s the challenge we are addressing at  Tumelo. We want to show you what you own in your pension and give you a chance to tell your pension manager your opinion on questions like:

Get your voice heard

You’ll start thinking more like the owner of Facebook, Nike, Estée Lauder and Microsoft; of tech giants, of coal miners, of arms producers, of tobacco makers as  well as  of clean energy companies, of social care providers, of healthcare manufacturers and of education services.

This concept of share ownership is totally foreign to most people around the world, but  the truth is that  you, your colleagues and other pension scheme members, in the UK  alone, own £2.6 trillion worth of shares in big companies around the world. That means  collectively  we have immense power to create positive social and environmental change, as the true  owners  of global companies.

If you want to see which companies you own and have a voice with your pension then sign up here to ask your provider for access. 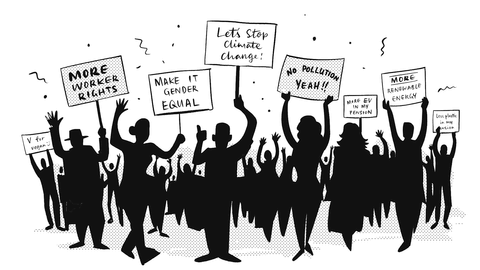 Georgia Stewart is CEO of Tumelo, a platform designed to promote ethical finance by showing investors which companies they own through personal investments and pension funds.