Warning (September 21, 2021): A number of smaller energy providers have collapsed in recent days, and many are struggling, because of an energy crisis that has sent wholesale gas prices soaring. A government cap on energy prices means they have been unable to pass the additional costs on to the customer. If you are considering switching to a green energy supplier, make sure you feel confident that it is likely to remain operational given the current situation.

Those who want to green their energy supply can choose between these smaller ‘eco-only’ suppliers, or larger suppliers who offer a renewable tariff that tend to be cheaper, but may also have fossil fuel energy on their books. Other things to consider include whether the providers are also building or investing in new supply, or simply using what is already there.

In the wake of a number of energy company collapses in recent days, you will also want to feel confident that the supplier is solid enough to stand the test of time. While we can’t predict the future, we do think the below are a good crop taking from a service, solidity, price and renewable commitment point of view.

Here are seven options to consider:

One of the UK’s fastest-growing companies, leading renewable energy provider Bulb offers ‘carbon neutral gas’ as well as electricity, with 10 per cent of its gas supply coming from biomass – or anaerobic digestion. The remainder is offset by Bulb supporting carbon reduction projects around the world. Bulb generally sits at the cheaper end of the UK energy market, although (as with all energy companies) the exact price you pay depends on where you live.

All of its electricity supply is renewable, generated via hydropower. It’s also a B Corporation, which means it meets certain criteria for responsible business (and is kind of a big deal). The company has one ‘single tariff’ for gas and electricity, which is competitive when compared to the dread Standard Variable Tariffs (SVTs) with the big six, but is not the cheapest on the market.

Edit, September 21, 2021: Bulb is currently seeking a bailout, with fears that it could collapse. It is reportedly working with financial advisory firm Lazard to help secure new sources of funding. Options currently being explored by the firm include raising funds from investors, a potential joint venture or a merger with another company.

GEUK (formerly Green Energy UK) is the only UK provider supplying both 100 per cent renewable electricity and 100 per cent green biomethane gas. The former is generated from solar, wind and hydro while its gas is generated through anaerobic digestion using pig waste at the company’s Gask Farm site.

It is certified by the Green Gas Certification Scheme (GGCS), which tracks biomethane through the supply chain. The firm has 4.5 out of five stars based on 950 reviews on Trust Pilot. However, while GEUK’s sustainable credentials do stand-out from its peers, you can expect to pay more for your tariff than you would with other providers.

A fairly new kid on the block, Pure Planet offers 100 per cent electricity and, like Good Energy (see below), offsets the carbon impact from its gas supply (though doesn’t offer any biogas). It does this through trading Certified Emissions Reductions (you can read about them here). BP, which has a 24 per cent share in Pure Planet, buys all the renewable electricity and carbon offset gas on its behalf.

Pure Planet has 4.6 out of 5 stars on Trustpilot based on nearly 14,000 reviews, and it’s totally app-based, with a 24/7 digital assistant called WattBot. Pure Planet claims not to apply any mark-up to its wholesale tariffs and is a living wage employer. It was also a Which? recommended supplier for 2020.

One of the original green energy pioneers, Ecotricity guarantees 100 per cent green electricity and carbon neutral green gas. It continues to push the clean energy envelope by investing its profits into buying its own wind and solar farms, as well as an innovative grass-fed green gasmill.

Ecotricity is also the only energy provider to calculate its entire footprint – per customer – and the only provider to be registered with the Vegan Society, promising that none of its biomass contains animal products.

Another old favourite, Good Energy also both generates and supplies renewable energy, with 100 per cent of its electricity generated by its wind and solar farms, as well as through hydroelectricty and biofuels. Around 10 per cent of its gas is renewable, with the remainder of its carbon footprint offset through schemes including installing biogas digesters in India and China that enable farmers to use animal waste to generate clean fuel.

The largest investor in solar generation in Europe, Octopus has built over 150 solar farms in the UK, generating 40 per cent of our large-scale solar. It says its Super Green tariff is fully carbon neutral, offering 100 per cent renewable electricity and full carbon offsets for gas. Octopus was also the Which? top recommended supplier for 2020.

However, it’s worth noting that in April 2020, Friends of the Earth decided to stop its endorsement of Octopus after the energy firm accepted investment from an Australian energy company involved in coal power generation and fracking.

Founded in 2015, So Energy is a small green electricity-only supplier with the ethos ‘simplicity, honesty and great value’. It has pledged that its fixed rate tariffs will always be among the best value offered by any supplier. It is the only supplier of renewable electricity that gives customers the chance to vote on how it is sourced. You can vote on hydro, solar, wind or biomass, and SO Energy will base the percentage it buys from each source for the following year on the results. SO Energy was one of the Which? top 3 recommended energy suppliers for 2020.

Good With Money occasionally uses affiliate links to providers or offers, where relevant. This means that if you open an account or buy a service after following the link, Good With Money is paid a small referral fee. We choose our affiliates carefully and in line with the overall mission of the site. 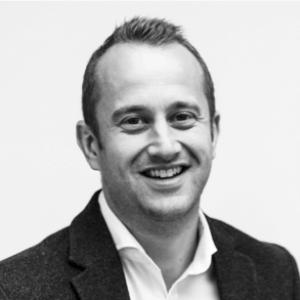 What you need to know about: CIRCA5000