With climate change high on the political and public agenda, many people are focussed on the ‘E’ in ESG (Environmental, Social and Governance) investing.

However, with the global pandemic bringing social problems and inequalities into sharper focus, more people than ever are interested in the ‘S’.

Investing for social impact has risen fast over the last decade, growing almost eight-fold in the UK from 2011 to £6.4 billion in 2020, according to a new report by Big Society Capital (BSC).

But the biggest increase was seen during the Covid-19 lockdowns. The figures reveal a 26 per cent increase in the value of social impact investments from 2019 to 2020 (compared to a 21 per cent uplift from 2018 to 2019).

What exactly does the ‘S’ in ESG mean? 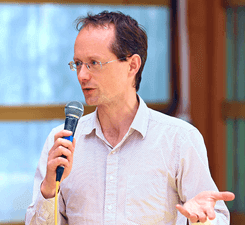 Short for Social, the ‘S’ simply means that investors are mindful of the impact their capital will have on society when investing.

Social impact investing takes this much further than making investments with an ESG lens. It’s about directly funding companies and organisations that are working to make a positive, measurable difference to society alongside a financial return.

“It is more than simply screening out companies or managing potential negative social impacts,” says BSC’s CEO Stephen Muers. “It’s about intentionally investing in companies that are helping to bring about positive social change. We invest in organisations that exist to make a difference as well as return a profit to investors.”

Muers says: “There’s a huge range of social challenges in the UK. One of these is the shortage of quality, affordable housing. We invest in companies that provide stable, secure accommodation for people who might otherwise be staying in hostels or Bed and Breakfasts. One fund we helped to finance, Women In Safe Homes, provides housing for women who are fleeing domestic abuse or are struggling with addiction.

“Then there is healthcare, which has been brought to the fore by the pandemic. We invest in organisations that are taking action early to prevent problems getting worse. One company, Second Nature, developed an online programme to help people with type 2 diabetes prevent it becoming more serious. It’s now being used by more than 50 NHS trusts.

“Another big challenge is financial exclusion. Many big financial players have walked away from lower income people and certain minorities, such as those living in social housing. We’re trying to make financial services more inclusive because it makes good business and good social sense. For example, we helped to fund Wagestream, which helps employees avoid debt by making some of the wages they’ve already earned available when they need it most, such as when unexpected bills and expenses land.”

One reason the ‘S’ in ESG has been overlooked in favour of the ‘E’ is measurement. Muers says: “While you can measure a company’s carbon emissions quite easily for the ‘E’, the ‘S’ of ESG can be more complex to track because there is no single measure.

“It’s hard to compare successes in solving homelessness with mental health. The ‘E’ has been moved further, and we are at an earlier stage of the journey – but there are increasing moves to come up with standard ways of measuring social impact.”

Another stumbling block is that accessing social impact investment has historically not been easy. To help solve this, BSC teamed up with fund giant Schroders last year to launch the Schroder BSC Social Impact Trust, which provides ordinary investors with unique access to a portfolio of high social impact, private market investments.

The planet is closely linked with the people living on it, and the same can be said for environmental and social impact investing. “Ultimately if we’re going to make the transition to clean energy and a net zero future, we’ve got to do it in a way that is socially inclusive, respects the needs of different communities, and doesn’t mean that people on low incomes miss out,” says Muers.

“A good example of this in action is a community-owned solar energy farm that we help to finance. We have involved the community in the area it’s being built in and some of the profit goes back to them. It’s a good move for the environment, because it’s producing solar energy, but it’s being done in a way that buys in community support and brings social benefit.”

Social impact investment has a big role to play in improving lives and creating a fairer world, and the momentum that has built so far is just the beginning, says Muers.

BSC now aims to at least double the capital going into UK social investment, to between £10 billion and £15 billion by 2025. To help achieve this, Muers says investors who care about social impact should be asking their independent financial advisor or fund manager about it.

He says: “They should ask ‘Are you thinking about social impact?’, ‘Are you looking closely at the companies you invest in, and ‘Is there a way to move my money for higher impact? The more people who ask and move this up the agenda, the more people in the industry will take it seriously.”

This article is in partnership with Big Society Capital