With the cost of living crisis crippling household budgets, many Brits will currently be focused simply on making ends meet. But if you do have something to spare once essential outgoings are taken care of, it’s a very good idea to build up a cash savings pot.

Personal financial resilience has become a much bigger priority for many of us recently after the coronavirus pandemic highlighted, painfully, what can happen seemingly overnight.

Banks have been increasing their savings rates after the Bank of England upped interest rates from 1.75 per cent to 2.25 per cent in September. This is good news for savers, although unfortunately once inflation – now an eye-watering nine per cent and set to rise even further – is taken into account, saving in cash almost always means losing money in real terms.

However, unlike investments such as Stocks and Shares ISAs which can go up and down in value, cash accounts come with reliable interest rates and deposit protection from the Financial Services Compensation Scheme. This means they remain an attractive option for those looking for a low risk place to store their money, for a while.

If you’re looking for a more ethical place to stash your cash than the high street banks, which remain beset by issues such as investment in fossil fuels, executive pay, fair treatment of customers, and so on, check out these alternatives.

On the ethical scale, they range from stand out social and environmental pioneers, to structurally less greedy than the big players, to neutral.

As a building society, Nationwide must hold at least 75 per cent of its assets in residential property, making it far less likely than its big bank competitors to be lending to unsustainable firms. Its profits are also invested back into the business for the benefit of borrowers and savers (it’s “members”) rather than shareholders.

Ecology Building Society is known for its mortgages on eco-friendly new builds and renovation projects. So what it takes in deposits from savers, is used to lend to making Britain’s housing stock more energy efficient.

In 2020, Ecology lent £39.3 million to support 230 sustainable properties and projects. It also boasts a Good Egg mark from Good With Money, which is awarded only to companies that make a positive impact in the world.

Ethical Bank Triodos, which has a Good Egg mark from Good With Money, is a true leader in the field of ethical personal finance and only invests in businesses that have a positive social and/or environmental impact.

Charity Bank was founded to support charities with loans that they couldn’t find elsewhere and to show people how their savings could be invested ethically and in ways that would make them happy. It invests its customers’ money into charities and social enterprises around the country.

It says on its website: “Charities have never been more needed, but also more challenged. That’s why our promise – of supporting charitable activities and helping people to save and do good – is more important than ever.”

Building societies are mutual organisations, which means they are owned by their customers and not shareholders.

As a result, they behave differently – better. Shareholder-owned companies tend to aim for maximum profits as quickly as possible, which can result in some dodgy decision-making, whereas building societies’ interests are the same as their customers’ interests, so good products and service are as important as profits (which go back to members anyway).

NB. Mutuality isn’t a sure fire guarantee of totally ethical behaviour, but it is a good foundation for it. Chief executives of some of the larger building societies, including Coventry, have come under fire for high pay, at a time when savings rates remain low.

As an Islamic Bank, Gatehouse avoids investing in industries considered unethical under Shariah principles, which in practice are the same as those frowned upon under Christianity. The firm states it will “only invest funds in ethical goods and services and, for example, does not invest in gambling, alcohol, tobacco or arms”. It invests in real estate and construction as well as sukuk, which are sometimes known as Islamic Bonds.

So what’s this expected profit thing all about then?

The rates on its fixed bonds are competitive. Although they are not at the top of the best buy tables, they are in the top ten accounts.

Raisin UK is slightly different as it’s a ‘savings platform,’ which works with a selected number of banks and building societies and help source savings accounts for you. It is currently offering a £50 bonus when you open your first savings account through its marketplace.

Raisin UK enables you to compare savings rates from ‘ethical’ banks. Currently it is offers savings deals with Sharia-compliant accounts (such as Gatehouse and QIB UK) as well as Tandem, which says it is aiming to be a ‘Good Green Bank’.

Sharia-compliant banks adhere to Islamic principles, many of which can also be considered ethical values. These principles include:

As with Gatehouse Bank, these accounts pay an ‘Expected Profit Rate’ (EPR) instead of an annual equivalent rate of interest on your savings. You’ll see the EPR advertised as a percentage, making it easier to compare to the interest rates offered by traditional banks. The EPR is your share of the money that the bank makes investing your deposit. Because the profit that the bank makes can vary, so too can the EPR. However, Raisin UK says the EPR has “never not been paid out.”

Credit unions are amazing local, again mutual organisations, which use savings from local people to provide affordable finance, also to local people. At times like this, they really come into their own, but few people know about them. Check whether there is a credit union local to you here.

The rates are often competitive and you know your money is helping people near you. Balances are protected by the Financial Services Compensation Scheme up to £85,000 in the usual way.

Commsave is an example of a large credit union open to people who work for certain companies or are members of the Unite Union, which pays dividends rather than an interest rate. (full list here).

Savings accounts offered by the new breed of digital-only banks, such as Monzo, Starling and Tandem, are not NOT ethical: compared to the big banks, they are a blank canvas, with no big legacy issues of poor customer service or investment in fossil fuels to put you off, and they are generally well-intentioned.

For clarity, there are a number of options that seem more like savings than investments, but are investments. These include peer-to-peer platforms and round-up robo-investment apps. We’re big fans of investing, but it’s important you know the difference as with investing comes risk of loss.

Investing is more of a long term thing – at least more than five years, whereas savings accounts are more suited to shorter term needs.

If you want to know more about investing, take a look at our guides section. 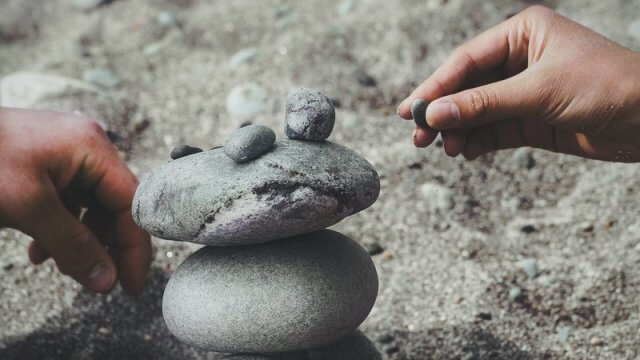