Will Brexit affect the cost of your energy bills?

Sadly, they are likely to rise. Any rise is likely to affect those on renewable tariffs as well as those with a mix of fuels, but not as much.

One of the advantages of homegrown renewable energy has always been the security of its supply. And there is an argument to suggest that this could offer customers greater price stability over time than fossil fuel energy sources.

With the low cost of some 100% renewable energy tariffs making them among the most competitive deals on the market, now might be a good time to switch.

The rationale behind the proposed energy compensation scheme is that independent competitors are springing up with low cost, often more renewable energy tariffs. People might love to switch to them, but they also might feel insecure about moving to a new provider and losing any overpaid balance they might have built up in the event that the provider hits the wall.

So, in the interests of boosting competition, the regulator is under pressure to level the playing field, in the hope that people will feel as secure about leaving whatever overpaid balance they might have with an independent supplier as they are with one of the Big Six.

a new low cost 100% renewable energy supplier said: “Far too many people have become used to terrible service in the energy industry, trust in suppliers is at rock bottom and fear of failure all contribute to switching inertia. Anything that provides protection to consumers and encourages people to switch supplier is a step in the right direction.”

Secondly, the Competitions and Markets Authority (CMA) published a report on Friday that promises to fix the broken energy market.

Around 70 per cent of the domestic customers of the six largest energy firms are still on the more expensive ‘default’ standard variable tariff.

The analysis revealed that the potential savings for these customers have risen substantially over the past 2 years, so that the average customer could save more than £300 by switching to a cheaper deal.

The proposals include the creation of an Ofgem-controlled database of disengaged customers who have been on a standard variable tariff for more than 3 years, which will allow rival suppliers to target their marketing to those customers. The Authority also said it would introduce a price cap for prepayment customers to prevent them from being overcharged.

Juliet Davenport, CEO of independent supplier Good Energy, said: “It’s a good move from the CMA to protect PPM customers from being over charged, but I’m not convinced that a database of customers to be marketed to will get people switching more. If twerking men and meercats on our TVs can’t make you switch, then junk mail through you letter box wont.”

“The CMA needed to adapt and be more forward-looking as sticky customers look for things like customer service, company ethics, local and green energy, and not just price.”

Bulb, a company that 100% shares our goal of value with values, pays Good With Money for each new customer that signs up to its service using the Good With Money referral link. You can read our review of Bulb here. For more information on how Good With Money builds commercial relationships with like-minded companies, please see our Get Involved and About This Site pages.

How your pension can help fight climate change 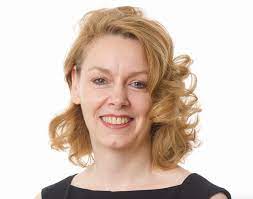 Climate change: the appliance of science 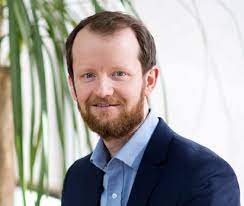