SMUG MONEY: If I got on the housing ladder, anyone can

If you are an aspiring homeowner and were sneakily hoping prices would tank after Brexit was formally triggered, you may be disappointed: consumer expectations about house prices have bounced back to pre-EU Referendum levels, according to the Building Societies Association, after a period when the immediate ramifications of the vote were unclear.

Almost half of consumers (49%) expect house prices to rise over the next 12 months, while just 10% expect them to fall.

Of course, all hell could still break loose. But as long as that old saying that “you can only fit so many homes on a small island” remains true, it looks like home ownership may continue to elude the great unmortgaged (who do not have parents that can help with a deposit).

Meanwhile, those on the top rung of the ladder are enjoying the gains they have made from property over the years. According to the Key Retirement Pensioner Property Index, the total property wealth owned by over-65s who have paid off their mortgages grew to a new record high of £1.072 trillion in February.

More than £7.66 billion has been added to the property wealth of the UK’s over-65 homeowners since November as the housing market continues to expand across most of the country.

If all that makes you feel flatter than a pancake, chin up. Owning a home can take a long time, but people do still manage it.

First-time buyer lending is still rising.  First-time buyers borrowed £5.1bn for home-owner house purchase, up 9% on November and 13% on December 2015, according to the Council of Mortgage Lenders. This totalled 32,000 loans, up 7% month-on-month and 8% year-on-year.

Not all of them will have had parental handouts.

Despite the gloom, it IS still possible to save, if you spend wisely, budget sensibly and earn enough to put aside cash into a Help to Buy ISA, or other savings vehicles (read our guide to hipster money for more ideas).

The key is to start early and stick to it. £300 a month for five years will earn you £15,000 before interest or returns – enough for a 10% deposit on a typical value first home (depending on where in the country you are).

How I got onto the ladder 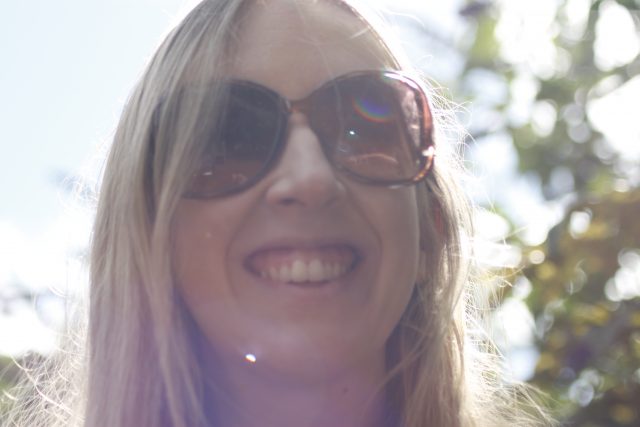 I’m going to get over my reluctance to tell this story because it is bound to annoy some people that I benefitted from both a voluntary redundancy pay cheque and a small parental handout to get my first home. Mea culpa – many are not so lucky to have such volumes of cash to hand at the right time. But lucky, in this way, I was.

James and I were living in a one-bedroom flat in Highbury, central London back in 2010. We were considering buying a one-bed flat in our area for around £300,000 (we had a deposit in the form of my redundancy money and also a little bit from James’s parents). Then, I became pregnant. Hallelujah! But whoops, a bit earlier than planned.

We couldn’t afford to buy a two-bed in our postcode – they were £400,000 plus – even back then. We looked further afield. Crouch End, Haringey, Muswell Hill, Tottenham.. we could afford a two-bed in these areas – but there was one problem: I didn’t want to live in any of them. I thought, if we are moving to one of these areas anyway, why not move even further and get an even bigger place? The race was on. I was 5 months’ pregnant and growing.

Narrowing down somewhere to live once you’ve decided to leave London is tough. We looked at Essex, we looked at Hertfordshire – the commutes seemed reasonable. Then, thinking it might be good to live near family if I was having a baby, we turned to Kent. Not far from James’s family in Bromley. His aunt lives in Tunbridge Wells and showed me round once for an article I was writing. “It’s got good schools and parks”, she said “and you are close to France for holidays.” Straws good enough to clutch for me – so we narrowed it down to “T Dubs”. We looked at some three-bed terraces and they were in our price range, even with the cost of the £3,500 a year commute on top (ouch).

SOLD – to the couple with the large bump. Luckily, this was in the days before mortgage lenders viewed pregnant women with suspicion and we had no trouble getting our 90% mortgage from C&G. Although I do remember the interest rate being rather high and the repayments being a lot higher than they are now, after we have made our second move – just three years after – to a four-bedroom family home. The irony.

I look back now, from my comfy and spacious home, at those early years of grappling onto the ladder: the hustle, the hassle, the endless nights of spreadsheets and Rightmove trawling, the weekends booked up with viewings, the calls to the solicitor. Then, when we did move in, not really being able to afford enough furniture, or essential repair works, but not really caring because we were so focused on our newborn, and I can’t believe how far we’ve managed to come in such a relatively short space of time. I literally can’t believe it. I NEVER thought this day would come. Honestly. And yet it did. And it did for so many of my contemporaries, who one way or another, just managed it somehow.

It is very hard getting onto the housing ladder. There can be no doubt about that. But once you ARE on, and there IS usually a way for those with decent jobs and incomes at some point, you won’t look back. It will all be worth it. Patience, discipline – all those things your grandparents know so much about. They are the key. A bit of luck along the way helps.

Some things to think about that we did to get on the ladder:

These and other ideas in our nine ways to get yourself onto the housing ladder this year.

How your choice of bank can impact climate change

Top 4 platforms for your green IFISA