Here’s what Clare Lush, founder of My Tunbridge Wells, said when Good With Money asked her a few candid questions… 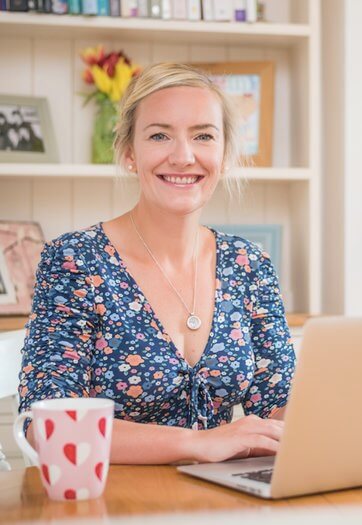 Did you know you need a £210k retirement pot to generate a basic income in retirement?

I didn’t know this. It sounds like a lot of money and I’m worried I have left it a bit late!?

Have you got a pension?

I haven’t ever had a pension. Moving from one PR job to another after finishing University, none of the companies I worked for offered a pension scheme and although I did look into joining an independent one when I was approaching my 30’s, I was advised to wait until the Government’s automatic enrolment workplace scheme came into play.

Unfortunately I had left employment to become self employed when the scheme launched officially  and since becoming self employed three years ago, setting up a pension has been on my ‘to do’ list but I have never taken the steps to set it up.

If so, is it – a former workplace pension? Your own private pension? Both?

Do you worry about not having enough money when you retire?

I tend not to think too far ahead and as quite an optimistic person, I hope that property investments (just our family home at the moment), inheritance (as much as I don’t want to think about that) or future business ventures (I told you I’m optimistic) will provide us with a good standard of living in retirement.

I guess in some ways I will rely on my husband’s pension too. Also I earn a living through my blog and see this as something I could do far beyond the recommended retirement age. Obviously I don’t plan to be writing the same blog when I am 80, but hope to be able to have an ongoing income from online activity for years to come. Perhaps this is all naive and I am burying my head in the sand though. Now that I’m 36 years old, I really do need to get a pension in place.

If so, how much of a priority is it for you?

It is becoming a priority more and more now. I am about to have my third (and final) child and feel like this will be a turning point for me and will hopefully motivate me to get my finances in order, including setting up a pension once I have started working again.

If you don’t have a pension pot or a very small one, can you describe how this makes you feel?

Day to day, I try not to think about it. But when I do think about it, it makes me feel a bit anxious, disorganised, slightly ashamed and a tad bit irresponsible. I know these are strong words but when I really think about it  – why haven’t I set it up before now?

If you do not have a pension pot or a very small one, do you anticipate you will live off your husband or partner’s pension?

I will definitely be starting a pension of my own, but he has been paying into his since he was 19, so I assume it will be significantly more than mine, even if I start today. So yes, his pension will be a big part of our income when retired but I hope to contribute too.

Yes! I expect my income to decline for the first few months after having my baby (due at the start of December) but once it is back to normal, I could afford to save £100 into a pension per month.

Glasgow diary: What happened at COP26?

What is COP26 and why does it matter?