Statistics show that you’re more likely to get divorced than you are to change your current account, but thanks to the Current Account Switching Service it is easier than ever to go somewhere new.

The five providers below rank highly on the ethical stakes.

Britain’s biggest mutual offers a competitive package for those who switch their current accounts. If you already have a friend with an account you can share £200 for the switch if you are referred, and you can then pass on the favour to other friends as well.

The bank’s FlexPlus account (£13 per month) pays 5 per cent interest on balances up to £2,500 for the first twelve months that you hold the account, as well as a linked savings account offering 5 per cent interest, allowing you to save £250 a month, car, travel and mobile phone insurance and a fee fre £250 overdraft.

In 2017, Ethical bank Triodos launched a current account in line with its values, which includes a contactless card made of ‘natural plastic’. Triodos believes that banks should be an active source for good and will lend your money to organisations committed to making a positive social, environmental or cultural impact.

The bank is charging £3 a month for the account, but has lower overdraft charges than rivals (18 per cent). It’s mobile banking app also allows you to monitor your balance and spending, including alerting you when you’re down to you last £100; when you have insufficient funds to make a payment and can help keep track of your daily card use at home and abroad.

As of Spring 2019, Triodos has been granted a UK banking license, so current account holders assets are protected under Financial Services Compensation Scheme (FSCS), which covers up to £85,000 per person.

Still the biggest mainstream ethical bank in the UK, the Co-op offers a fairly straightforward current account with fixed overdraft fees for both arranged and unarranged borrowing (18.9 per cent). There’s no interest on credit balances, but you will also receive up to £5.50 a month if you sign up to its Everyday Rewards scheme, which pays out for paying in a certain amount of cash each month, staying in credit and paying out direct debits. You can also choose to donate this straight to a charity of your choice. Despite questions over the Co-operative Bank’s ownership, it continues to stick to an ethical policy that is independently audited each year.

For those who want to support local credit unions, the Engage current account acts like a bank account, but is run by credit unions, supporting local communities and those who might otherwise be unable to open a bank account. There are some fees on the account, which includes charges for cash withdrawals (£0.75 per cent on the classic account) and no overdraft facility, which reflects its responsible lending policy. The scheme does offer a generous 15 per cent cashback on spending with supported partners, however, including Marks and Spencer, Argos, Pizza Express, Debenhams, New Look and B&Q. While funds are segregated, they aren’t part of the UK compensation scheme.

The UK’s biggest challenger bank, Metro, lacks the legacy issues of its bigger rivals and so is often scored highly by ethical ratings agencies. This is supported by transparent charging structures – including offering a single rate for all personal loans – and responsible lending practices. The current account offers no interest, but is great for those using debit cards abroad, with low fees around the world and none in Europe. The bank is highly rated for technology and ease of use (it can print your debit card for you in-store), and is also pet friendly, if free dog biscuits are your thing.

Rosie Murray-West is an award-winning personal finance journalist. Formerly Deputy Personal Finance Editor of the Telegraph, she works for the Telegraph, Independent, Mail on Sunday, Sun and many other media outlets.

Brits want money to do Good as Ocean Cleanup a success 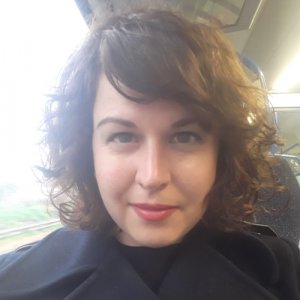 Ethical and sustainable assets increase by a fifth in six months