A graduate from Manchester University, Olivia joined Gaeia (now Castlefield) in 1999, attracted by working for a professional firm with ethics at its core. Since then, as a Financial Adviser & Director, Olivia has helped to channel many millions of pounds into ethical investment whilst helping clients meet their financial and personal objectives.

Olivia advises on all aspects of financial planning, and is working towards further Advanced qualifications, with the aim of becoming Chartered. Back in 2005, she achieved 2nd place in Financial Adviser’s Investment Awards as Newly Qualified Investment IFA of the Year and in 2006 was Money Management’s runner up Ethical Investment Planner of the Year. More recently, Unbiased nominated her as runner up Responsible Investment IFA 2012. She has appeared on Channel 4′s award winning investigative current affairs programme Dispatches, BBC’s Rip off Britain, as well as MoneyBox on Radio 4.

Olivia loves being a mother to Leo & Maria, but is happy to escape to the civilised calm of the office a few times a week!

She is a keen scuba diver and supporter of The Shark Trust in her spare time. Many shark species are now endangered, and this has huge significance for marine ecosystems the world over.

She is passionate about protecting the environment and encouraging biodiversity; as well as achieving food, energy and water security for all. She regularly visits the unique Unicorn organic grocery and other local shops – trying to avoid supermarkets! 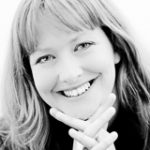 Could robo-advice boost ethical investment? Sure.